LeGarde Grover lectures on the value of Ojibwe women and storytelling 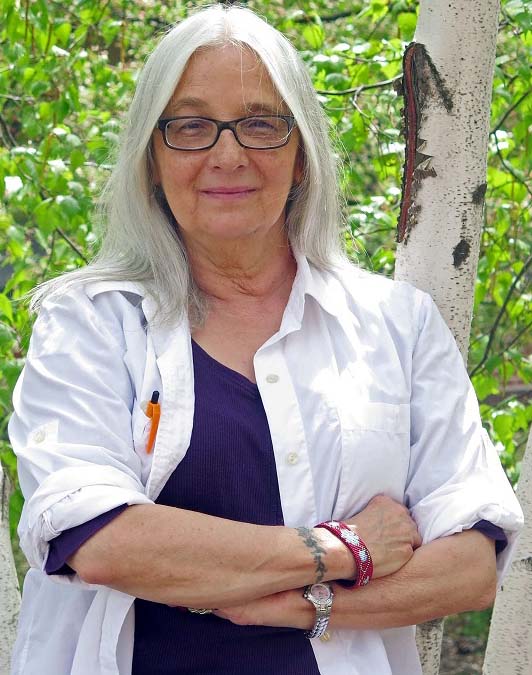 Linda LeGarde Grover is the author of "In Night of Living Memory," "the Dance boots," and "The Road Back to Sweetgrass."

Grover, a member of the Bois Forte Band of Minnesota Chippewa Tribe, discussed Ojibwe culture and how stories serve many purposes in the lives of the tribe.

“The purpose of storytelling is to recount histories, [enable] the reinforcing of values and ways of being, explanations of how the world came to be, and to entertain,” Grover said. “We are a storytelling people, so we have our sacred stories of creation of the Earth, but we also have love stories and scary stories and funny stories.”

The Ojibwe attitude towards life is based around the concept of “Mino-Bimaadiziwin,” which translates to “living a good life.” The Ojibwe practice Mino-Bimaadiziwin by remaining aware of their community and committing to the values of modesty, humility, gratitude, and generosity. In their society, no one is considered to be above anyone else and every gender plays an equal role in their daily lives.

The Ojibwe also practice Mino-Bimaadiziwin through awareness of their history and expressing gratitude for the mere gift of life.

“We know that there are people around us who have descended from something significant in the past,” Grover said. “At the same time, we know that we didn’t do this ourselves and so we must be modest and humble at all times,” Grover said. “We realize that we have been given many gifts, including the gift to be able to breathe and walk here, so we are thankful all the time.”

Anna Lavender (‘21) introduced Grover at the event and believes hearing Grover speak gave her a greater insight into Ojibwe culture and the value of indigenous history in general.

“I know, personally, that living in the Luther bubble has limited me in some ways of learning about different ways of life, and hearing Dr. LeGarde Grover was a fantastic way of opening up mine and other students’ perspectives a little more,” Lavender said. “This country’s indigenous history is often forgotten about in daily life, and having her here to talk about the modern reality of what the Ojibwe people practice in their culture is crucial to understanding a different point of view.”

Grover has written fictional works based on Ojibwe tales and lives, which allow people to access stories and parts of the Ojibwe culture they may not experience as outsiders. While her historical research on the brutality of boarding schools and systemic racism against indigenous people informs her writing process, Grover prefers to write fiction in response to modern society. However, she also seeks to write for her elders who wish to read a story in the traditional Ojibwe storytelling format.

During the question and answer portion of Grover’s lecture, Kristen Hansen (‘20) asked how Grover sees her own work as a tool for the empowerment of Ojibwe women. Grover answered that Ojibwe women have always believed themselves to be powerful.

“We think we are already powerful” Grover said. “I use the word ‘indigenous feminism,’ but it is not a type of feminism that was tacked on because someone thought they would include indigenous women…it does not mean that we are now being discovered by somebody or need to be empowered in our society. We have always been formidable people.”