Betts collaborates with Luber and Long to research effigy mounds 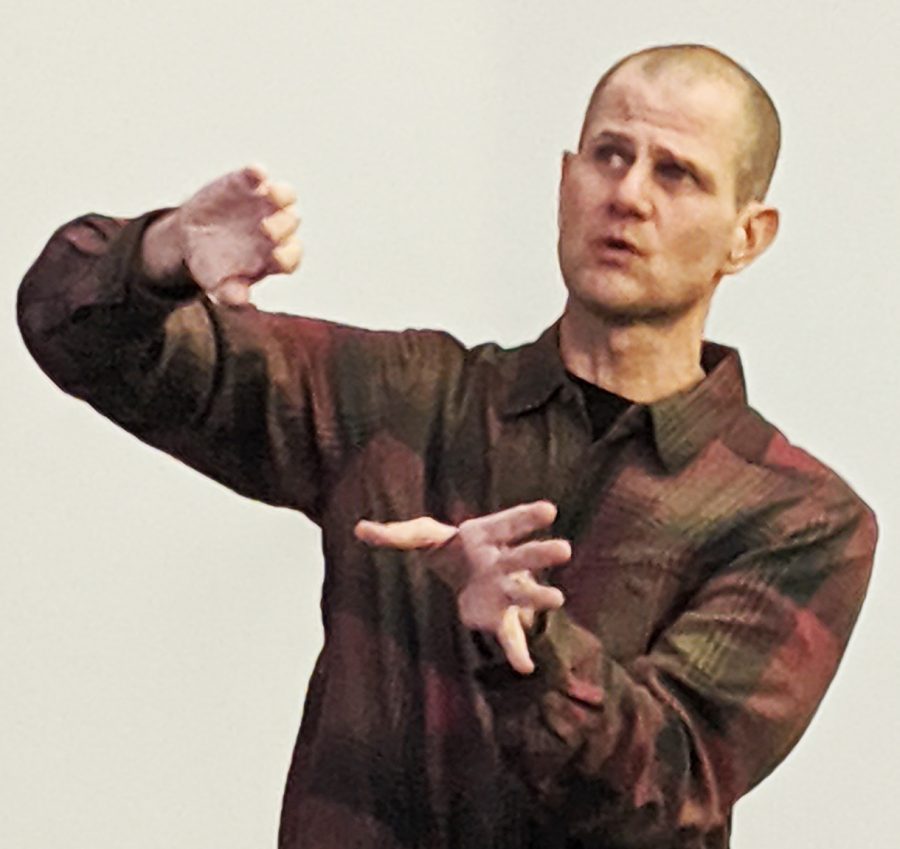 Professor of Anthropology Colin Betts discussed his research on the effigy mounds in northeast Iowa.

Professor of Anthropology Colin Betts (‘93) shared his research on “Using Remote Sensing to Study Iowa’s Effigy Mounds” on Oct. 17 in Olin 102. Effigy mounds are prehistoric human made earthen mounds scattered around Iowa, Illinois, Wisconsin, and Minnesota. The mounds were likely built by Native Americans for burial or ceremonial purposes and provide an insight into the cultures that lived in this region thousands of years ago.

Betts and two of his students, Anna Luber (‘20) and Linh Luong (‘20), studied the effigy mounds in northeast Iowa this past summer with non-invasive technology. Through a variety of grants, including one from the Iowa Department of Cultural Affairs, the anthropology department purchased geophysical remote sensing tools that create detailed maps of the mounds without damaging the sites. They tested for resistivity, magnetic gradiometry, and electromagnetic energy.

“The most exciting part was simply that no one had really done this type of research before, so everything we revealed was new,” Betts said. “Each mound took several days to survey, so the details of each were revealed a little bit at a time. It was both really rewarding to have that immediate feedback each day as well as the sense of anticipation in looking ahead to what each day’s data collection would reveal.”

Betts is also continuing a tradition of effigy mounds research at Luther. The founder of the anthropology program, Clark Mallam, worked with students on the effigy mounds in

opportunity to do this research.
“One of the most rewarding and interesting parts of it is

that we are pretty unique in being able to offer undergraduate students the opportunity to work directly with geophysical remote sensing instruments,” Betts said. “It represents the cutting edge of archaeological research and through this research they get the chance to participate in all aspects of the study – from operating the instruments to processing and analyzing the results.”

Nick Schanstra (‘20) attended the lecture. He was surprised by the variety of techniques that Betts used to gather information about the history of the mounds.

“The most surprising part was all the different technologies he was using and how it was used to decipher the different types of dirt,” Schanstra said.

Luber believes an important part of their research was discovering information about the history of the land. Studying the effigy mounds helped her to understand the human and environmental history of the region.

“I think the most important aspect of our research is being able to provide people with information about the land they live on, and who lived here before us, and what they were like,” Luber said. “Not many people know that there are as many effigy mounds in Iowa as there are, and finding out how and why they were built allows people to appreciate the cultures who were here before us.”