“Education and the Ho-Chunk: Resistance and Resilliance 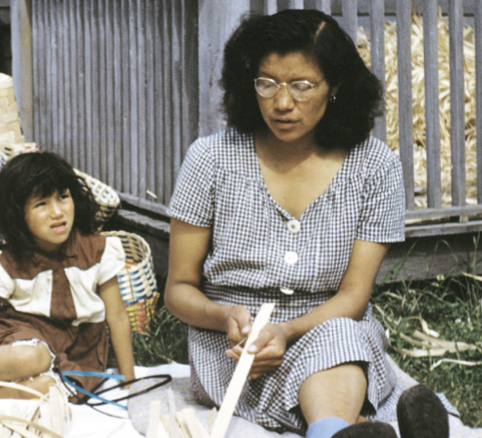 Professor of English David Faldet (‘79) and Associate Professor of History Anna Peterson gave a joint Paideia Texts and Issues lecture entitled “Education and the Ho-Chunk: Resistance and Resilience” in the CFL Recital Hall on Nov. 12. They shared their research on the forced assimilation and removal of the Ho-Chunk people from the Decorah area, focusing specifically on the role of Lutheran mission school education.

Faldet began the lecture with an overview of the history of Ho-Chunk and Winnebago people in the Midwest from the time the area was first colonized through the nineteenth century. The Ho-Chunk people were forcibly removed from Wisconsin in the 1800s to northeast Iowa and later sent further west to Nebraska. The portion of the tribe which moved west is now called Winnebago.

“Where Luther College sits today was once part of the neutral ground,” Faldet said. “It was a territory bought by the Federal government in 1825 from the Dakota in the North and the Fox in the South, and it was signed to the Winnebago in exchange for relinquishing the Wisconsin land as a punishment for the Black Hawk War in 1832.”

Faldet discussed how the forms of resistance and tribal attitudes towards assimilation shifted over time, specifically in the area of education. A Winnebago mission school which sought to assimilate students into white Christian culture was protested by Winnebago leaders at first, but by the time they were living in Nebraska they become more assimilationist as a strategy of survival.

“The tribe insisted on being given the tools to allow it to succeed in the same way that Euro-Americans succeeded,” Faldet said. “The threat of physical extinction had made cultural extinction seem a palatable necessity.”

Peterson focused on how the Ho-Chunk worked with and resisted Lutheran missionaries in the Decorah area. She focused specifically on a boarding school for Native American children called the Bethany Indian Mission School in Central Wisconsin in the late 1930s. The school was founded in 1884 by Luther alum Evan Johnson Homme.

Peterson described an act of protest against the superintendent of the school, Reverend Ernest Sihler. In 1938, Ho-Chunk people near the Bethany Indian Mission sent a formal list of grievances to Norwegian Lutheran church of America calling for Sihler’s removal. Although the protest was not successful and Sihler remained in his position until the mission closed in 1955, Peterson claimed that the protest had important effects.

“My aim is to give some context to this action in an effort to understand its underlying causes and ramifications,” Peterson said. “And I will argue that although [the Ho-Chunk people] were not able to get the pastor removed from his position, their act of protest did have beneficial outcomes for the native people living near the mission.” 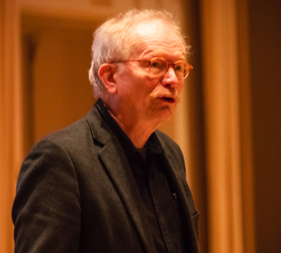 Kelsey Chang (’20) Photo BureauDavid Faldet focused on the forced relocation of the Ho-Chunk and Winnebago people in the nineteenth century. 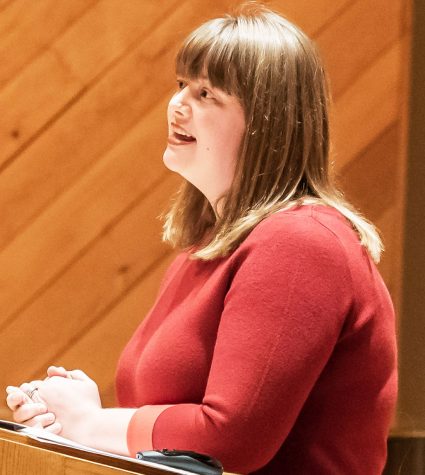 Luther College archivist Hayley Jackson enjoyed the personal narratives and details that Faldet and Peterson used in the lecture. Faldet read letters and other documents that illustrated the changing attitudes towards assimilation.

“I was particularly interested in the evolution of Ho-Chunk attitudes towards assimilation that Dr. Faldet discussed,” Jackson said. “It was heartbreaking to hear how they eventually were more willing to undergo ‘cultural genocide’ in order to survive in their new circumstances. To be put in the position of choosing between your culture and your ultimate survival is something I cannot even imagine.”

Jackson was also struck by the involvement between Luther College and the Bethany Indian Mission. “As Dr. Peterson’s presentation noted, Luther alumni helped run the Wisconsin Indian mission for the Ho-Chunk, encouraging their assimilation,” Jackson said. “Our involvement makes their story part of our story as an institution, one we ought to remember as much as we do other parts of our history. We are part of their story, and they are part of our story.”