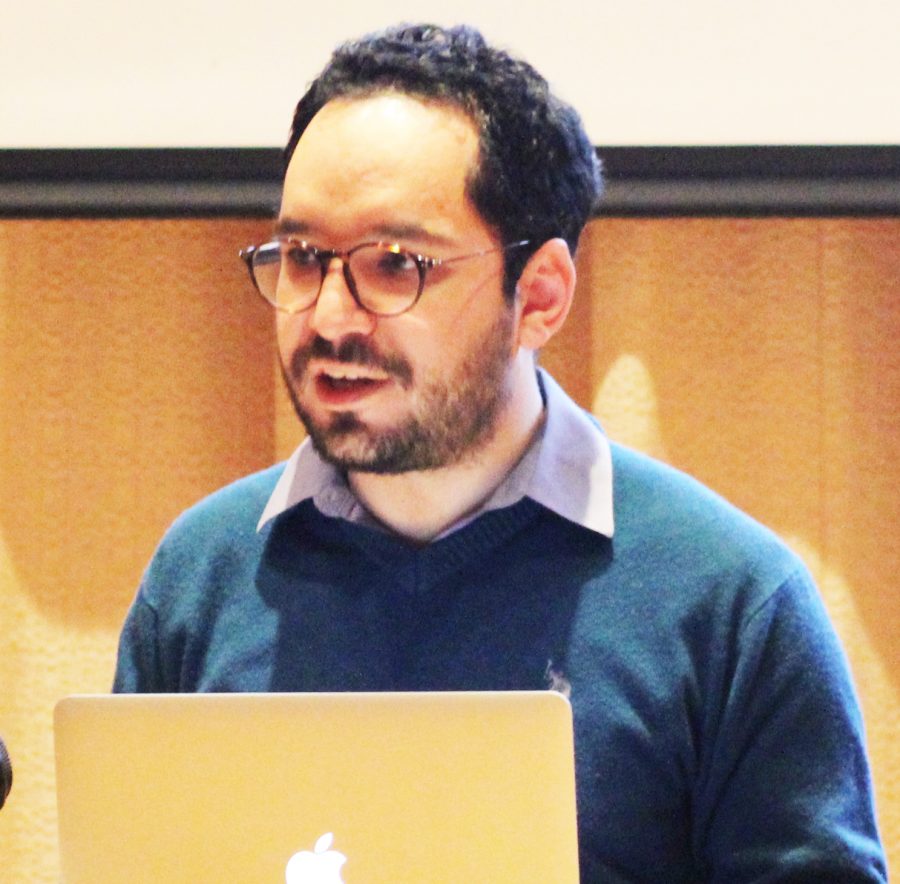 Visiting Professor of Political Science Orçun Selçuk presented a lecture on “Unrest in Latin America” in the CFL Recital Hall on Nov. 13. The lecture covered recent social uprisings in Bolivia, Chile, Ecuador and Venezuela, and was organized by the Center for Ethics and Public Engagement and the student organization Latines Unides.

Selçuk began his lecture by giving a brief overview of the social, economic, and general conditions of each of the four countries. He then transitioned to discuss the causes and implications of current political conflicts within those countries. He categorized the main causes into the following themes: inequalities, dependence on commodity exports, populism, and succession crises.

“These are not mutually exclusive categories that don’t interact with one another,” Selçuk said. “They are definitely interacting with one another. The existence of inequalities facilitates the rise of populist leaders because they can capitalize on those inequalities and blame certain groups.”

The aim of Selçuk’s lecture was to provide an academic analysis of current events in Latin America, which supplements the  other more culture-focused activities organized by Latines Unides this semester. Selçuk noted that the circumstances in Latin America continued to shift and develop as he planned the lecture. Global news coverage focused more on Venezuela earlier in 2019, but it has  shifted to events in other countries like the conflict over the presidency in Bolivia.

“When we originally came up with this idea, the developments in Bolivia were not this severe,” Selçuk said. “Latin America has been at the top of global news for a couple of months.”

Juan Palacios Rodas (‘22), the Media Relations Director of Latines Unides, also mentioned that the lecture was timely given that these issues are still unfolding.

“There are a lot of issues going on, and a lot of Latin American countries are in the top of the news,” Rodas said. “We just wanted to make a way for other students to know what is going on in Latin America, and this is the perfect timeline.”

Selçuk said the dependence on single commodities is a factor that creates cycles of prosperity and instability in these countries. Populist leaders such as former President Evo Morales of Bolivia have improved the economic situations of their citizens, but are unable to maintain that stability when the economy is dependent on a commodity that falls in value.

“If your country depends on oil, and all of a sudden oil prices go up, you become a popular president across the board,” Selçuk said. “Your core base gets more and more satisfied because they have better access to social services. The dependence part also makes it difficult because once the boom is over, once the commodity prices go down, then you enter into a cycle of instability and protests.”

Levi Bird (‘21) said the lecture helped him to understand the issues in Latin America from a balanced perspective.

“I think it’s really interesting how he addressed all of the complexities that are not often addressed in this political discourse because it is so polarizing,” Bird said. “He really hit some good points as to the reasons why the current political situation is what it is.”