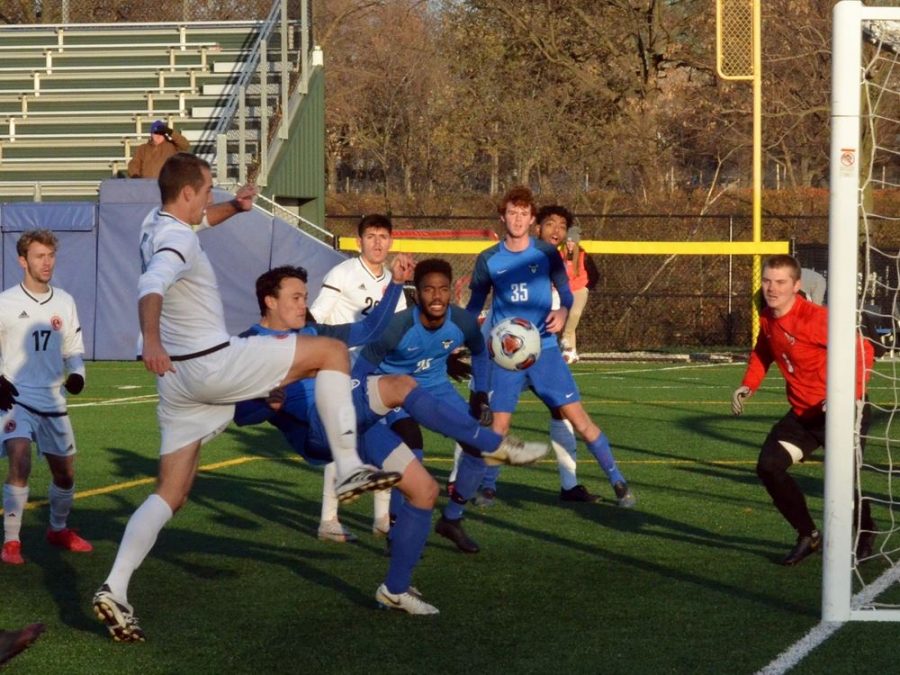 The game against Ohio Wesleyan was won in a shoot-out when the score remained tied at 0-0 after double overtime. After eight shots taken by each team, Luther pulled ahead 7-6 with the final shot made by Logan Morrison (‘20).  Goalkeeper Carson Davenport (‘21) sealed the win with a save.

Luther took seven shots throughout the game in comparison to Ohio Wesleyan’s 20, with Luther’s only shot on goal taken by Colin Hughes (‘20). Davenport helped preserve the regular time shutout by saving all five shots on goal during the game, and saved two during the shoot-out.

“The shoot-out wins, for me personally, are pretty fun,” Davenport said. “Being able to do that and help my team, because as a goalkeeper you’re not involved in everything. Especially playing on a good team like this, I’m not very busy.”

In the match against Calvin, Faydane Ouro-Akondo (‘22) led Luther in shot attempts on goal with two consecutive attempts, along with Morrison and Hughes each making one.  Although the loss to Calvin ended the season for Luther’s team, Morrison took pride in their performance and in making it to the Elite Eight.

“I thought we put up a really good fight,” Morrison said.  “I don’t think the 3-0 scoreline reflected the game.  I thought we played better than them; we had more chances, more shots on goal. Unfortunately they had three shots on goal and scored them all, they were just more efficient with their chances.”

The team faced many changes throughout the 2019 season following a loss of 13 graduating seniors, eight of which were varsity starters.  Davenport is proud of the team’s ability to regroup and succeed after losing so many seniors.

“Obviously the team is going to look a lot different when you have that much turnover, but we had such good players step up this year,” Davenport said. “Challenges will be thrown at you, but the way our team stuck together after losses or after difficult moments, that’s where I saw our team grow the most.”

Head Men’s Soccer Coach Chris Garcia-Prats has been leading the team for 12 years, and has developed a strong bond with his  players.

“Those relationships with my players are super important to me,” Garcia-Prats said. “I’ve been a part of some of my guys’ weddings and those types of things, and so those relationships well past graduation are the things that really make an impact on me.  When I pulled up on Saturday for our Principia game, multiple alumni were waiting outside my office just to say hello and to check in with me.”

The 2020 Luther men’s soccer team will have a similar amount of turnover as the 2019 team, with a total of nine seniors graduating this year.  Morrison explained that the connections they have built are extremely important, both on and off the soccer field.

“Those of us who have stuck around, the bond that we’ve developed with each other is just unreal,” Morrison said. “Just being able to be a role model this year for all the other teammates, it’s just been really special to me. I’m really grateful for the four years, and I don’t regret a second of it.” 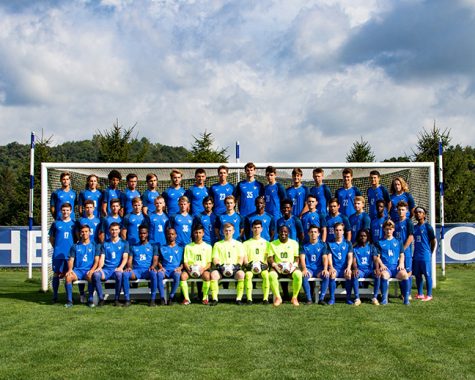