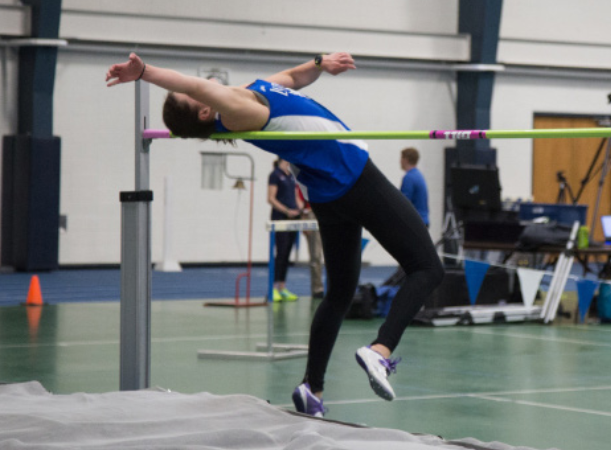 Last week at Carleton College, the men placed first out of eight teams and the women placed third out of 10 teams.

These results come after the team began the season being led by the team captains after coaching shakeups.

“We started the season with no coaches so it is nice to have some consistency now,” Abigael Stroup (‘23) said.

Luther’s track team has had three coaching changes in the past three years, but sprinter Amanda Mertens (‘21) believes in the newly appointed Directors of Men’s and Women’s Track and Field, Steve and Yarrow Pasche, and their ability to train the team.

“The Pasches have done an amazing job as the new head track coaches,” Mertens said. “Coach Loran [Storts (‘87)] is a Luther alum who was a great competitor on distance way back when, so he really knows what Luther Track is all about. All of his workouts have a purpose and he can clearly visualize what we need to do now to prepare us for our ultimate goal which is the conference track meet.”

To prepare for conference, Luther’s coaches have implemented pool training and yoga into the practice schedule. These techniques have been beneficial for building endurance and balance.

“A lot of our workouts are planned around when we need to have chill days, so we are well rested before meets and when we need to get a high intensity, solid workout in,” Mertens said. “For the sprints side, some of our ‘easy days’ consist of pool workouts where we can get in some good cardio while also working on our sprint mechanics. Pool workouts are very beneficial to our team, especially when anyone is injured. It allows us to get a break from pounding into the track on a regular basis.”

With physical training only able to go so far, the team has focused on building a good atmosphere.

“The indoor season has been going really well for us as a team,” Marikka Coltvet (‘22) said. “We are all building on each other’s positive energy. There is definitely a strong family atmosphere that we all feed off of.”

That positive energy has Mertens excited for whats to come. Mertens is confident that the team can perform well at conference, and on into the outdoor season.

“We have really only had about three meets in the indoor season so far,” Mertens said. “I think we have a lot of potential to really make things happen. I think that the track team is one of the most underestimated sports at Luther. We have so many incredible athletes that are typically overlooked.”

Their next competition is the American River’s Conference Meet, on Feb. 28-29 at the Regents Center. 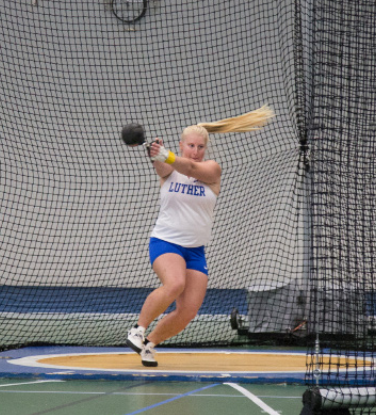 Annelise Barton (’21) took over 8th-all-time in the hammer throw.