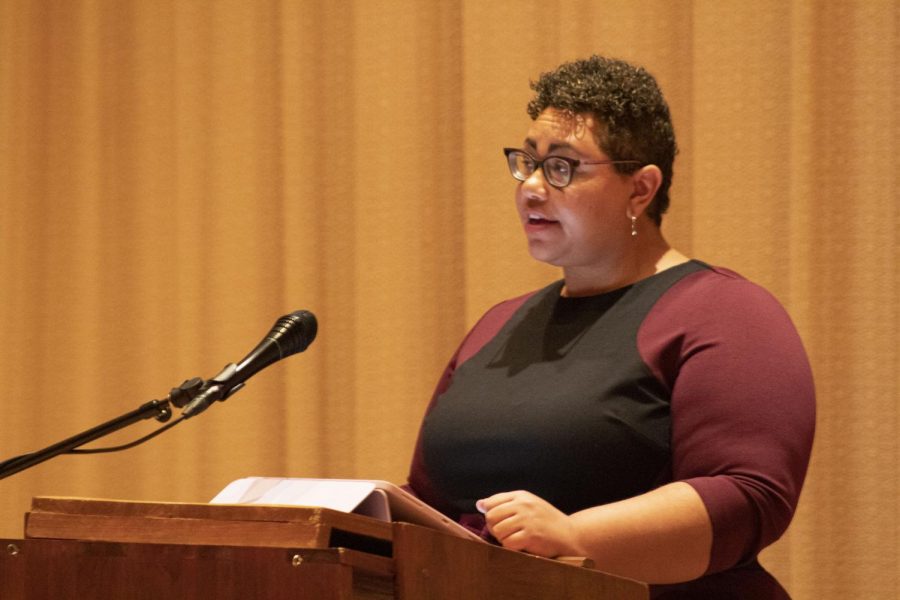 Associate Professor of Gender and Women’s Studies at the University of Wisconsin-Madison Sami Schalk believes that speculative fiction written by black women can be used as a lens to understand how ableism, racism, and sexism have influenced the lives black women over time.

Able-mindedness is a social construct based on what society considers normal, and Schalk believes that this construct is influenced by factors such as racism, sexism, and ableism.

Schalk’s lecture focused on the book “Stigmata,” by Phyllis Alesia Perry, which tells the story of Lizzie DuBose, who begins having visions of her ancestors after receiving a trunk from her deceased grandmother. Eventually, her visions become real as she receives the manacle marks of her enslaved ancestors. After manacle marks appear on her wrists, her parents believe that she has attempted suicide and institutionalize her.

Schalk uses this book to demonstrate how able- mindedness and disability in the real world are treated. She believes that people who don’t fit specific societal molds are then labeled as disabled, and she specifically relates this to black women.

Schalk explained how this has long been a tool used to oppress black people.

Schalk uses this book to argue that the concept of able- mindedness is applied in unfair ways to black women in the U.S. She argues that through the book “Stigmata”, Perry shows how able-mindedness is used against black women.

Attendee Nora Nyi Myint (‘22) believes that this interpretation of able- mindedness is not unique to the U.S.

“I related it to my own culture as well,” Nyi Myint said. “I’m from Myanmar, I’m a southeast Asian person of heritage. For most of us, when it comes to body-mind and able-mindness, there’s a lot of stigma around it. Here they make it so you are institutionalized, and in my country they make it so you are not given the help you need. I thought it was very interesting that people can come up with many ways to oppress others.”

Schalk’s work focuses on disability, race, and gender in American culture, and she has been quoted in articles by the New York Times, NPR, and NBC News, among others. She

is also well known for starting a Twitter trend known as #TwerkWithLizzo, as she twerked with musician Lizzo onstage and used it to talk about larger issues involving racism and sexism.

Associate Professor of English Lindsey Row-Heyveld was excited to have a disability scholar on campus.

“She is a leader, a really important scholar in both studies of race and disability and gender,” Row-Heyveld said. “Her work has been really influential for people studying all three of those things and especially in insisting that those three things have to be studied together. We wanted to bring her to Luther because she specifically works on speculative fiction, black women’s speculative fiction, and there’s a lot of interest in that on campus. She’s doing really important work that lots of people are paying attention to.”

Row-Heyveld was happy to see disability be a focal point of a lecture on campus. She says that other identities have been around campus in scholarship and in daily life, so it was good to finally shine a light on disability.

“[I think her lecture identifies] disability as an important area of study,” Row- Heyveld said. “And I think that is something I hope will change at Luther, and bringing in scholars like Dr. Schalk to demonstrate the value and the validity of studying disability, I think that is important.” 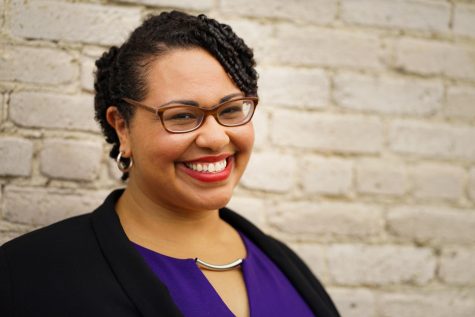 Photo courtesy of samischalk.comSchalk believes that speculative fiction can provide readers insight into the nature of ableism, racism, and sexism.