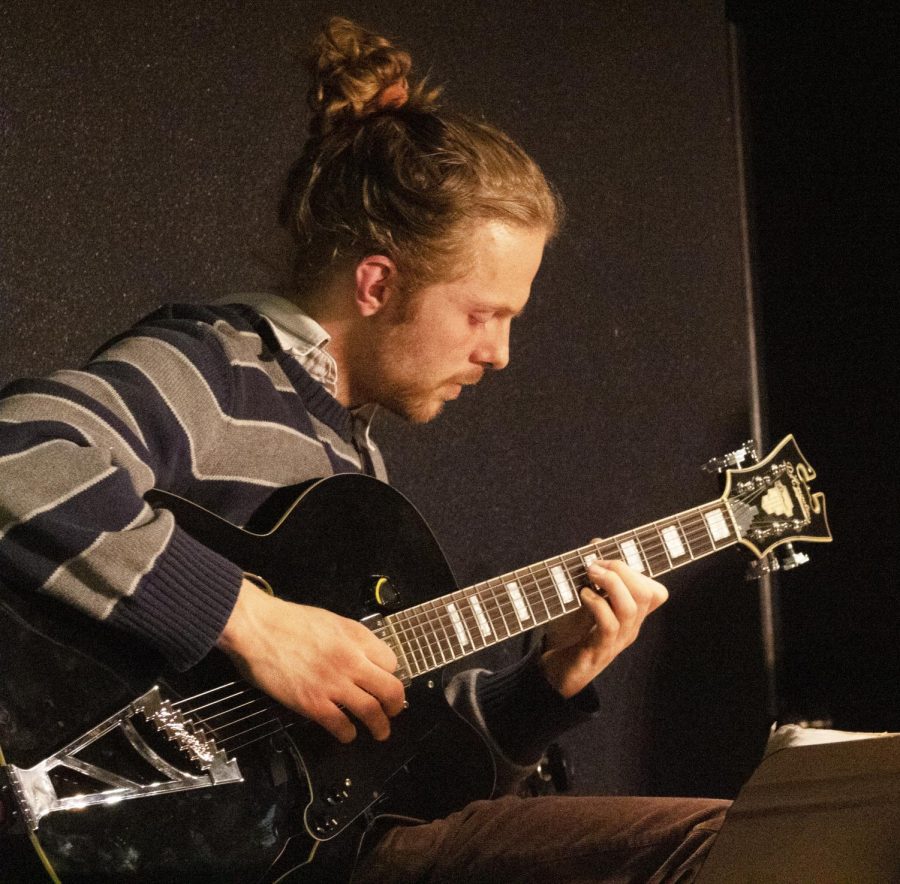 KWLC’s station manager Dirk Umbanhowar (‘20) explained that the station’s staff decided to host this show to create a space for jazz groups outside of the traditional ensembles to perform on campus.

“Luther College student-led jazz bands who, besides the official jazz bands, don’t get a ton of attention, they don’t really have a place to play, either on campus or off campus,” Ubanhowar said. “We thought it would be nice to allow a platform where they could perform in front of the rest of the student body.”

The Jazz Authorities performed first, drawing a crowd as they played their first song “Recorda Me” by the Joe Henderson Quintet. They also feature members from the Luther’s Jazz Orchestra and Jazz Band. Free Time was the second act of the night with members Troy Downey on guitar, Leo Naughton Herbach (‘20) on drums, and Andrew Moore (‘21) on bass guitar. They played two original tracks live for the first time that evening and will host a release party for their first EP self-titled “Free Time” on Mar. 6.

Moore enjoyed performing and hopes the station will continue to host similar events in the future.

“I hope it means that we’re going to start pushing more towards live music,” Moore said. “I feel like there’s a lot of potential on campus for a more vibrant and engaged live music scene, and I would really love to see the station engage in recording and broadcasting and getting the word out about that.”

Umbanhowar also hopes that KWLC will continue to host live-music events in the future and was satisfied with audience turnout.

“I think we’ll do it again in the future,” Umbanhowar said. “We liked the attendance that we had last night. Every table in Marty’s was filled for about half an hour to 40 minutes of the show, which was a lot more than we were expecting from 8:30 to 10:00 p.m. on a Wednesday night.”

“I thought tonight was great,” Gengler. “It was really awesome to hear all of the Luther musicians coming out and playing and doing fun things that they don’t normally get to do.”

The spring Block Party is on May 9 and will feature the Minneapolis band Charlie Doesn’t Serf. The station is organizing another small, live music event again before then.