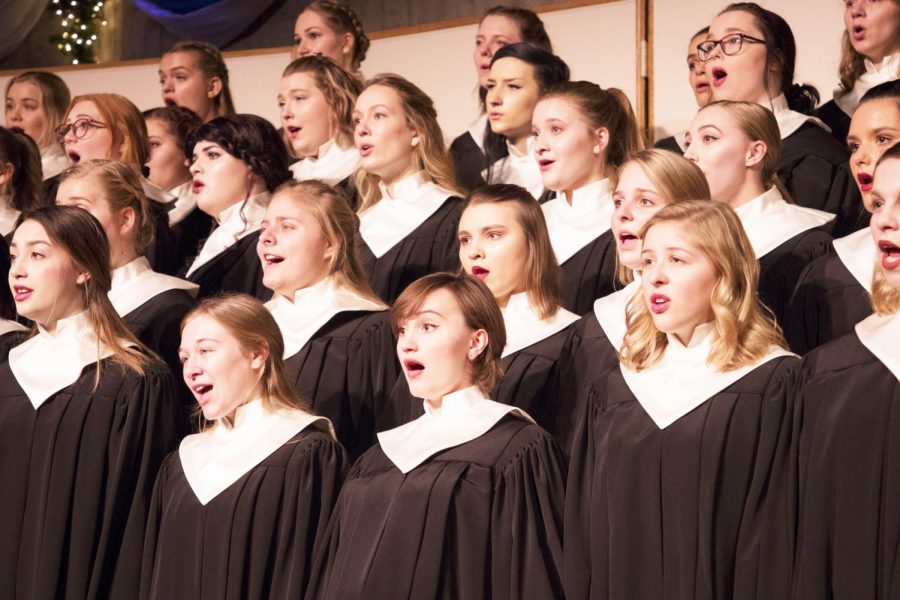 Aurora members sing at Christmas at Luther 2019: Whom Angels Greet with Anthem Sweet.

Aurora performed at the American Choral Directors Association Conference on Mar. 4 and 5 for the first time. The ACDA is a nonprofit organization that works with choral directors to inspire excellence through singing, conducting and composing music. Every year, the ACDA holds conferences in several regions of the US. This years ACDA Midwest contest was held in Milwaukee, Wisconsin.

The ACDA was founded in 1959 to provide professional support to choir directors. The association hosts national conferences every year where they honor some of the best contributors to choral music in the US.

The process for applying began a year in advance and the choir was required to send in three years-worth of film to secure a spot to perform. After waiting for nearly a year, the choir was accepted into the program and began rehearsals. In the last rehearsal session, Aurora performed for Norskorr choir who provided. critiques after they ran through the set.

Aurora performed a 20 -minute set of five songs composed by women. Though there was no theme, Associate Professor of Music Jennaya Robison (‘96) picked songs that the choir members could connect with in order to enhance their performance.

The first piece was titled “Thuele Mama Ya,” by Lisa Young and was inspired by a Zulu phrase which means “don’t cry” or “don’t worry.” Another piece the group performed was “It Is Not Finished” by Elizabeth Alexander, which was written in celebration of life of Nadia Anjuman. Anjuman was an Afghani poet who was murder by her husband because he was jealous of her success. The next piece was title “Hodie” by Joan Szymko. This piece celebrates Christmas and was sung by Aurora at Christmas at Luther. They also performed “I’ll go Alone” also by Alexander, a piece about embarking on a solo journey and not allowing any distractions to stop you. This was followed by “In the Time of Noah”, which was performed during Aurora’s first performance of the fall semester at chapel. The song speaks to the promises God made to Noah after he flooded the earth. The set was ended with “Refuge” by Elaine Hagenberg. This piece highlighted the freedom one feels through singing after being confined for a prolonged period of time.

Aurora does not usually go on tour, so the opportunity to perform at ACDA took some members by surprise. Maddie Eppard (‘23), believed that it was a significant

experience because Aurora barely travels to perform. “They usually don’t let first years leave, especially during the week to go on tour,” Eppard said. “It is just a

“I like the size of Aurora,” Pippert said. “I like that because in every class there are at least ten people in Aurora so it’s like ‘Hey I know you from somewhere.’” 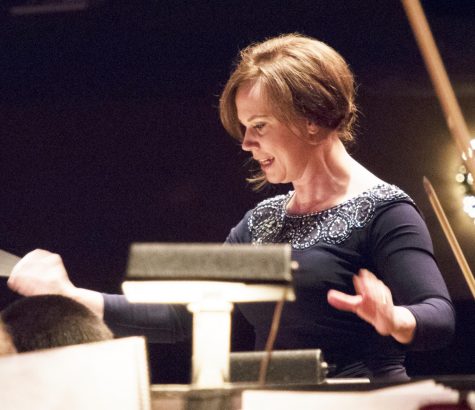