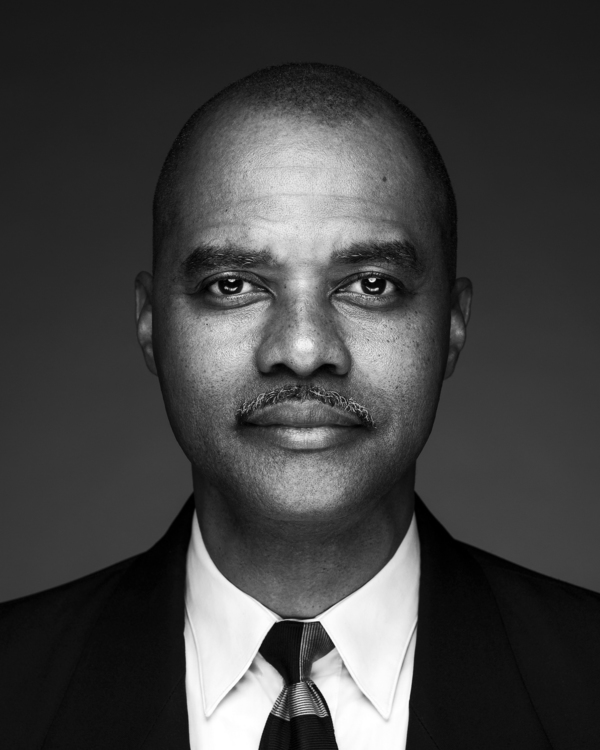 Luther College’s Professor of Religion Guy Nave was recently named the recipient of the Racial Equity and Interfaith Cooperation Award. This award comes in the form of a grant from the Interfaith Youth Core (IFYC), to commence the creation of his new Religion 485 senior seminar titled “Toward an Interfaith Liberation Theology.”
Professor Nave has been teaching at Luther College for 20 years. He moved to Decorah from Connecticut, where he had been teaching and working as a pastor at Yale University’s School of Divinity. Nave is also a veteran, having served in the U.S. Military before he began his journey in academia.
Inspired in part by ongoing global unrest, Nave wrote a proposal to the IFYC detailing his plans to create a discussion-based course that encourages students to learn through one another’s perspectives. He wanted to create a space in which students could explore the ways in which race and religion can intersect with the values individuals hold and the action they choose to take.
“For me, faith is about more than particular religious traditions; it is about the values that we commit ourselves to,” Professor Nave said. “I thought of how people from different religious traditions express their faith commitments collaboratively to speak to racial injustices… I was fascinated by the global response to George Floyd with people from all over the world. I realized something is happening and I thought of how we can build upon that to also work together with our faith commitments to speak to these issues of racial inequities and injustices.”
The Office of the Registrar plans to incorporate Nave’s new course into the Spring 2021 calendar. As a 400 level course, it is aimed to be a part of the requirement for students considering to major or minor in Religion. Nave intends to continue to add diversity in the 400-level classes available for students to take, and help them grow their understanding of religious intellectualism through the lens of varied perspectives.
Visiting Assistant Professor of Religion James Hoke expressed his excitement for Professor Nave’s achievement, and enthusiastically looks forward to learning from what his new class has to offer.
“Knowing the work that goes into a grant proposal and writing an application, it is always great when you know that you get that payoff,” Professor Hoke said. “I feel really happy and excited to hear that he made it. His scholarship at Luther College and the award both recognize his hard work, stellar scholarship, and contributions to the study of religion. This also has a payoff for the Religion department and students, as well as the Luther community as a whole.”
Nora Nyi Myint (’22), an International Studies and Women and Gender Studies double major, was also a part of the interfaith club during her time in United World Colleges International School of Asia, Karuizawa, Japan. Having experience in an interreligious environment, she shared her thoughts on the importance of taking an interfaith class like the one Nave is creating.
“I think it is important to take an interfaith class, because no matter how used you are to religious diversity, you can still have room to understand other people,” Nyi Myint said. “To quote Abu Patel, President and Founder of IFYC, ‘You can look for the differences, or you can find resonances.’ I think that is interesting and important because, how can you find a common ground in understanding each other if you are looking in completely different paths. With this 400 level class, you can dive deeper and learn to celebrate rather than tolerate differences.”
Nave hopes to foster intersectional appreciation within the interfaith community at Luther College through his new course when it becomes available in the Spring 2021 semester.