New KWLC Hosts on the Airwaves 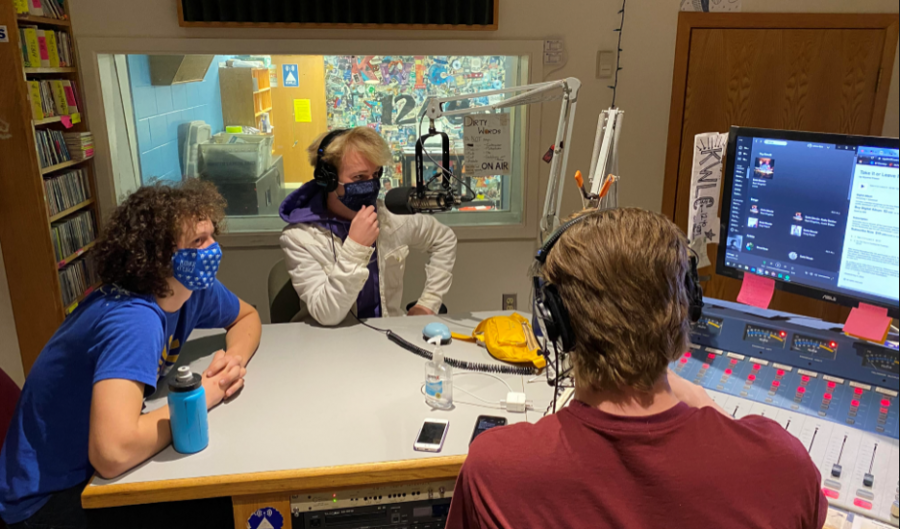 The COVID-19 pandemic has greatly altered student life on Luther College’s campus this year. However, one entertainment source for the Luther community has stayed constant. KWLC Radio, Luther’s student-run radio station, has continued to bring a variety of student interests and opinions to the Luther and greater Decorah community. This year in particular, there has been a wave of new interest in listening to and hosting radio shows, and concurrently, a large number of new shows and hosts have premiered this fall.
Nick Greseth (‘23) has recently started hosting a weekly show titled “Nick’s Music Picks,” with special guest Dane Edwards (‘23). “Nick’s Music Picks” features music from Greseth’s favorite albums, new songs that came out during the week leading up to his show, and songs he has not thought of in a while but thinks his audience would enjoy hearing. Greseth shared how he dealt with the stress of being live on air and with the nerves that come from sharing his own different music tastes with listeners.
“The first time I was kind of nervous,” Greseth said. “I didn’t know if I would get more comfortable or not, but I’ve gotten really comfortable with it, and I feel a lot better about being on the air. I feel a healthy amount of pressure, but at the end of the day, I’m just playing songs on the radio, so it’s fun.”
The healthy amount of pressure that Greseth feels comes from the supportive community of KWLC, which Becca Davis (‘23) felt as well.
Davis, host of “The Vibe, the Whole Vibe, and Nothing but the Vibe,” is also a first-term host of her own music-based radio show. Davis described the studio as having a nice “vibe” to it, which helps to inspire her during her time on-air.
Besides being shown how to use the equipment, students are given free reign over what to play or discuss on their own show. Davis felt this allows her to style her show after whatever mood she is in, creating a show with more variety.
“The genres, if I had to categorize, would be indie-alternative folk, [with a splash of Yung Gravy],” Davis said. “I have a pretty fire taste in music, and it’s nice to be able to share that.”
Davis was not the only student excited to be a first-time radio show host. Ian Danielson (‘23) also shared Davis’ excitement to be on-air. Danielson hosts “Sports Talk” with co-host William Tuchtenhagen (‘23). Though Danielson had some experience from last year, Danielson described what hosting for the first couple of times was like.
“[I] was a little nervous, but it felt good,” Danielson said. “Me and Will (sic) definitely have chemistry over the air. We’ve gotten compliments from a couple of different people that have been listening.”
Their show has received much positive feedback from listeners as well as from previous hosts of “Sports Talk,” who have since graduated. To develop their show further from the influence of the past hosts, Danielson and Tuchtenhagen have changed their show structure to include less outside opinions and introduced a more relaxed atmosphere to casually discuss sports in the way that they both want to.
“We flow with the conversation more,” Danielson said. “Instead of having just a big structured show, I think that is a way we have changed. You know, not taking ourselves too seriously, just talking about sports.”
From sports shows to music picks, KWLC has gained a variety of unique new shows and hosts this school year. Over the course of the quarter, the new hosts have developed their own shows to reflect their unique perspectives. KWLC broadcasts on-air at 1240 AM, and can be streamed live from the KWLC website. 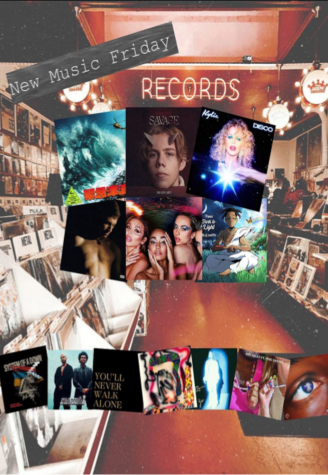