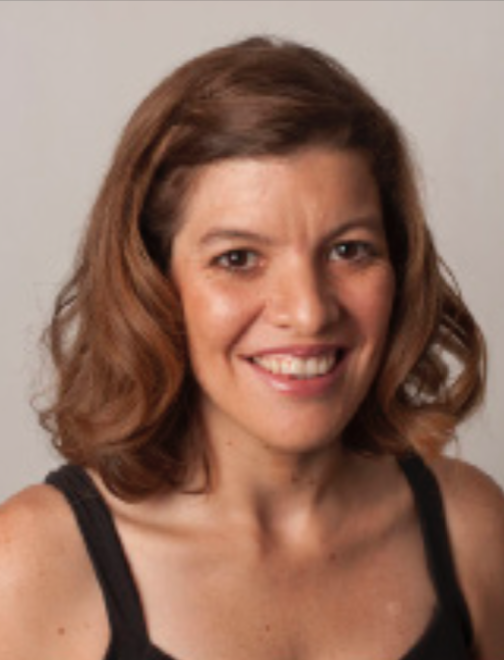 The Center for Ethics and Public Engagement (CEPE) recently announced its 2021-2023 Faculty Research Fellow: Associate Professor of Anthropology Anita Carrasco, who joined the Luther faculty in 2011.

Carrasco’s passion for anthropology is rooted in her childhood. Carrasco was born and raised in a small mining town in northern Chile, and in 1987, when she was nine years old, her family migrated to Australia, where her father took a job with a gold mining company as a geologist.

“I started getting a lot of questions from the kids in middle school about whether there were people wearing feathers on their head, or beds, or computers,” Carrasco said. “It really made me realize that the way I saw myself was nothing compared to how people were seeing me. It’s the first time I engaged in cross-cultural comparison and awareness. I think that sort of planted the seed for me.”

After finishing her undergraduate study in Chile, Carrasco accepted a job at a mining company, where she observed some of the ethical issues within the mining and corporate culture.   This drove her to dig deeper into anthropology by pursuing a Ph.D. at the University of Arizona.

“Through that work, I became really interested in the ethical implications of mining company-community relations,” Carrasco said. “Because what I observed in my work was that it didn’t seem genuine at all. It was more green-washing and corporate propaganda, more than a true interest in having a decent relationship with the communities. That kind of led me to want to spend more time doing long-term fieldwork among this community, to really explore how that relationship played out on the ground.”

Carrasco’s specialty area is environmental anthropology, but she believes that this topic overlaps with health, religion, and migration issues. She doesn’t want to limit herself to one area of study.

In her upcoming research, Carrasco intends to ethnographically document Latinx and Hispanic students’ experiences at Luther, whether they are stories of rejection or acceptance. Carrasco wishes to create a list of recommendations for the college in order to improve the experiences of minority students.

Luther appealed to Carrasco because it had an atmosphere that would allow her to meet with students as individuals.

“My teaching philosophy has evolved over the years,” Carrasco said. “The older I get, the more I think that compassion has to have a central role in the classroom. By compassion, I mean being attentive to the moment and to people, to their intellectual and emotional well-being in the space of learning. I think that I try to make my best effort to put myself in the shoes of the students, through the compassion that I am talking about, and make the classroom environment as friendly and as non-threatening as possible.”

Professor of Anthropology Colin Betts (‘93) said he appreciates Carrascos teaching style, and that she cares deeply about her courses and her students.

“She has done an amazing job of connecting the concept she teaches in her courses to local issues or issues that are relevant and accessible for the students,” Betts said.    “They do a lot of visiting different places in the community that have connections to whatever the topics that they are addressing. Her in-class topics, and [the] issues they raise, tend to be very student-focused and really address things, and does it in a way that makes it much more relatable for the students.”

The CEPE Faculty Research Fellowship is awarded to research projects that have a direct impact on the Luther community. Carrasco’s project will involve research collaboration with students, book groups, panel discussions, classroom visits, and a final presentation to the public. Carrasco shared her thoughts on the motivation of her research.

“I’ve always been interested in the way society embraces or rejects a person from a background that is perceived as inferior by the receiving society, in this case the United States,” Carrasco said. “I myself have many experiences with racism throughout my time here in the US, especially when I was a student in graduate school. I was supposed to be surrounded by progressive people, but the racism kind of comes through the pores.”

Associate Professor of Religion and Interim Director of the CEPE Todd Green expressed his excitement about Carrasco’s research and how it might impact the Luther community.

“The college’s survival, in many ways, depends upon its ability and its capacity to become more inclusive, not just in words, not just in the things we say and what we put in public statements, but in how we actually treat and incorporate and build into the design of community this sort of diversity so that people of diverse racial, religious, [and] ethnic-cultural backgrounds really do feel welcome and feel as if they belong and have a place here,” Green said. “And the great contribution that I see this project will make is generating those conversations, perhaps making us wrestle with some difficult questions that could be easily sidelined.”

Along with the fellowship, Carrasco was recently named the recipient of the 2016-18 Nena Amundson Professorship for her newest research project, “Healers, Sorcerers and Misfortune: Indigenous Women’s Strategies for the Protection of their Health and Wellness.” Carrasco’s research will begin in the fall of 2021.