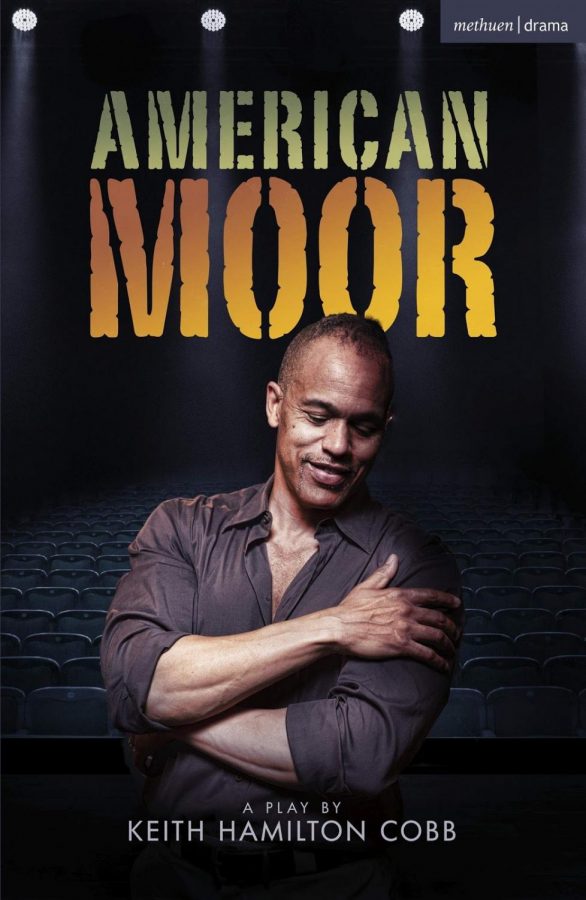 The first event featured Keith Hamilton Cobb, an award-winning actor and playwright, who discussed his work, “American Moor,” as well as his views on theater and race.

Cobb, writer and star of “American Moor,” joined students and faculty live on Zoom for a 3-hour discussion on Shakespeare and race. The conversation discussed how American theater treats the topic of race, especially in the works of William Shakespeare.

The plot of Cobb’s play focuses on a veteran Black actor trying out for the titular role of Othello in front of a rookie white director who presumes to understand the role better.

The first half of the event was a mix of pre-selected questions and monologue readings, followed by an audience Q&A in the second. Cobb touched on his personal experiences in the world of theater and the work he hopes “American Moor “ will do to get people to start actively listening and engaging in conversations about race-related topics.

“The idea of a student-run Shakespeare organization on campus is exciting to me,” Cobb said. “Even more exciting is that they are interrogating who gets to make Shakespeare. Shakespeare is this sort of white-owned edifice in American culture for any number of reasons, and anybody pushing back at that or asking questions or looking at it from different lenses is to be encouraged.”

The Luther College Shakespeare Society, a student group in only its second year of operation, reached out to Cobb. The idea for this event came to Shakespeare Society Managing Director Sophie Nall (‘22) and Artistic Director Michaela Hanrahan (‘21) during this past summer.

Nall stated that she saw the need for conversation in her own community. One email later, she and Cobb were already in talks to bring “American Moor” to Luther.

“I think that the Luther community, as a whole, is really interested in having these conversations,” Nall said. “We know there are issues on campus regarding race. We know students of color on our campus are not always feeling comfortable [because of Luther] being a majority white campus. I think there are a lot of people at Luther who are interested in having that conversation and really engaging with these topics, and so we knew over the summer, even before I encountered this play, that we wanted to talk about Shakespeare and race.”

Luther College Professor of English Lindsey Row-Heyveld discussed some new insights she plans to bring to the classroom in her Shakespeare-focused classes.

“I learned more about strategies for reading Shakespeare and how we can approach it in news ways, even if it’s become really familiar to us,” Row-Heyveld said. “I’ve read Othello a million times, and it can be easy to get lulled into thinking that I know what there is to know about that play. [Cobb] does a fabulous job of both modeling strategies for encountering it and news ways of thinking about it, and also reminding us that interpretation is a communal activity.”

An active member of the Luther theater community, Cleo Garza (‘21), took time to reflect on the harsh realities of Cobb’s talk and wished the same for others.

“Something that I hope people take away is just that this [racism] isn’t a new issue; it isn’t something that is just going to go away,” Garza said. “It’s something that needs to continuously be brought to attention.”

Later that evening, Assistant Professor of Music in Choral Activities at the University of Nebraska-Lincoln Marques Garrett held a lecture about the importance of diversifying representations in music with novel and consequential ways.

Garrett put special emphasis on the work of diversifying performance portfolios. He stressed the obligation music-makers have to represent composers of all backgrounds in curriculum and performance repertoire.

Since this year the featured author for Luther’s Black History Month conversations has been James Baldwin, there will be a virtual screening of Raoul Peck’s “I am Not Your Negro,” a visual essay based on an unfinished work of James Baldwin, on Thursday, February 25.

Cobb hopes that the Luther community will continue to have these conversations about race in the future.

“I hope that any organization embracing [“American Moor”] in a discussion as we did last night will continue to ruminate and marinate in that discussion,” Cobb said. “And that it will create other [discussions] about different things. Because it all comes back to the same thing; it all comes back to us. What are we going to do to make this all better?”