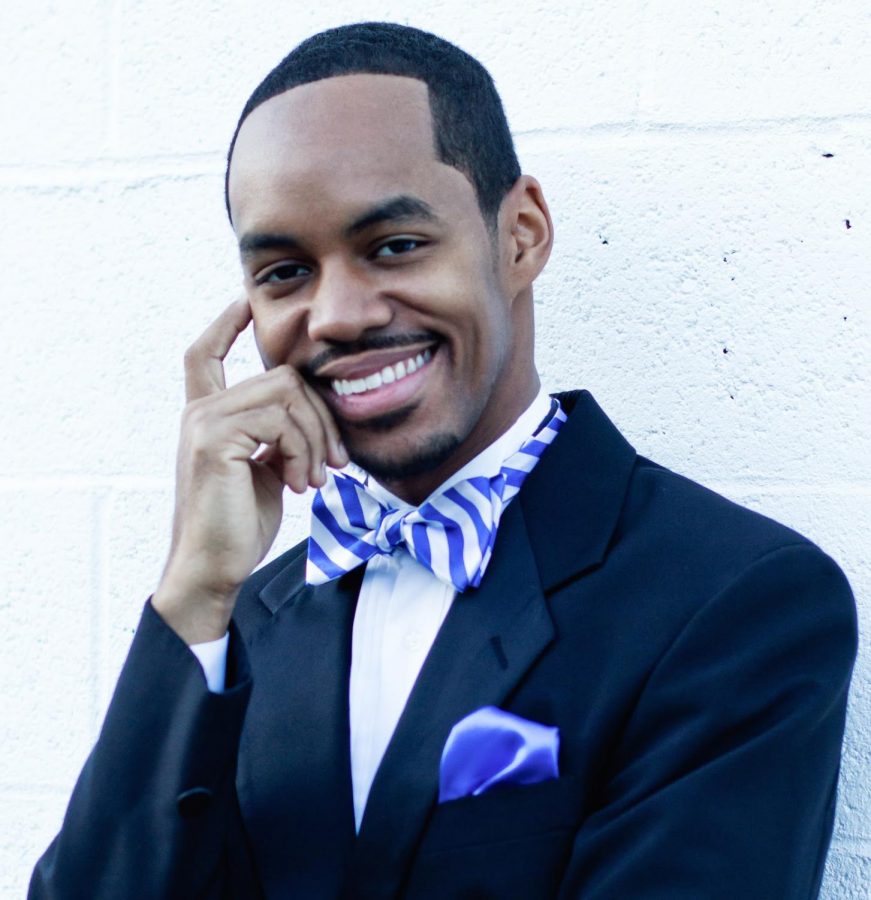 Photo courtesy of University of Nebraska-Lincoln

Dr. Garrett poses for a headshot in his University of Nebraska-Lincoln staff photo.

On Thursday, February 18, Luther College hosted Dr. Marques Garrett for his lecture titled “The Multifaceted Approach to Active Inclusivity.” Garrett, an assistant professor of music at the University of Nebraska-Lincoln, gave his lecture over Zoom. The lecture lasted about forty-five minutes and was followed by a brief Q&A forum. Garrett’s main focus was the development of inclusive, anti-racist approaches to music in higher education.

After attaining his BA from Hampton University, Garrett went on to receive his Masters from the University of North Carolina at Greensboro. He received his Ph.D. in Music Education with an emphasis in choral conducting from Florida State University. His primary focus in his research has been the non-idiomatic choral music of Black composers.

Garrett began his lecture with personal anecdotes of his experience as a Black man working in several different music departments. As the only BIPOC member of his Ph.D. program, challenges arose in his education out of a lack of diversity and inclusivity. He then pivoted to discussing action steps that collegiate music departments can take to ensure that they are actively pursuing diverse representations and promoting inclusivity.

“As a college, it’s very easy to talk about being inclusive without actually being inclusive,” Jorgensen said. “The good thing is [the Luther College Music Department] a task force set up to challenge exclusivity and actually do the work.”

Professor of Music and Composer in Residence Brooke Joyce serves as the chair for the music department’s anti-racism task force. Joyce shares Jorgensen’s enthusiasm for the work being done at Luther, but he recognizes that the journey towards systemic change has just begun.

“I would say that inclusivity is happening on a more local, instructor-by-instructor level at the moment,” Joyce said. “In order for the department to start acting as a unified body, we need time to talk, share, and dream together. That’s the stage we’re in right now, but we’re moving steadily towards action.”

The action steps outlined by Garrett involve changing the performance practices and curriculum in music departments across the country. During his lecture, Garrett argued that musical performances frequently feature compositions by exclusively white composers. The only representations of Black composers occur within specific genres such as spiritual, gospel, and jazz. As such, one of Garrett’s main focuses was the representation of Black compositions belonging to genres that white composers have historically dominated.

Joyce has been encouraged by the music department’s willingness to host lecturers such as Garrett, and he sees it as a sign that Luther is taking steps to start important conversations within its music department. Joyce lauded the director of Luther’s choral activities, Associate Professor of Music Andrew Last (’97), and his active pursuit of anti-racist speakers.

“Dr. Last has an endowed fellowship, named in honor of Weston Noble, that gives him access to funding,” Joyce said. “He has chosen to use some of that funding to pay for two guest speakers, Dr. Wise (last fall) and now Dr. Garrett. In this way, he is setting a marvelous example of how people in positions of power and influence can work to create positive change.”

Moving forward, Luther’s anti-racist task force will provide an avenue through which Garrett’s action steps can be implemented. Garrett’s lecture aims to produce change within music departments such as Luther’s by starting conversations surrounding inclusivity and representation.

Associate Professor of Music Mark Potvin (’01) said that directors have a duty to select music that may otherwise go unheard.

“As conductors, we need to question the musicological model we have been taught in undergrad and graduate school, the composers we know and celebrate were the ones who Eurocentric history remembers because of their proximity to the power structures; this inequitable power distribution was due, at least in part, to systemic racism and gender inequality,” Potvin said. “In the here and now, conductors have an obligation to find and perform the music of composers that such structures relegated to obscurity so as to tell a more complete story.”

According to Garrett, members of the community must commit themselves to action. As he pointed out in his lecture, “there are some things you can only learn through doing.”