Faculty Feature: Nancy Barry on Her 30 Years at Luther 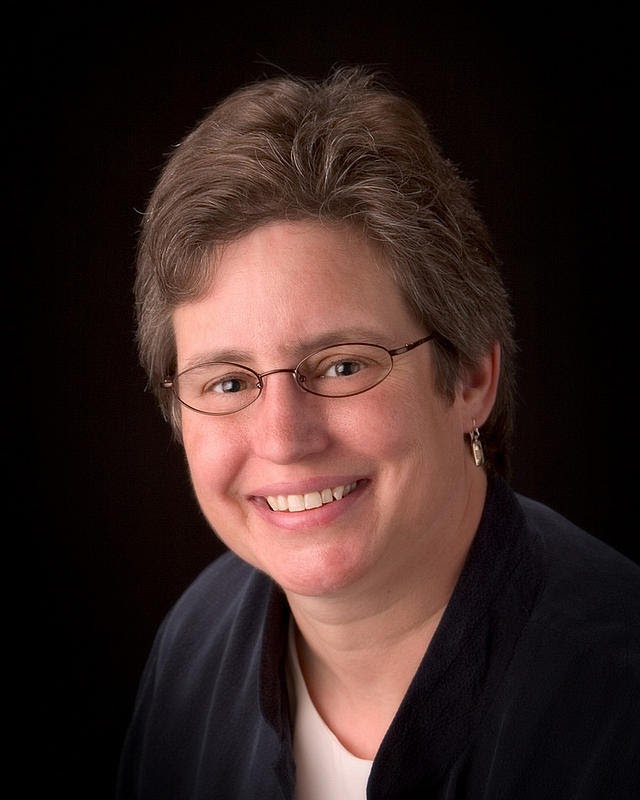 For the past 30 years, Professor of English Nancy Barry has been a constant on Luther’s campus. Students visiting the English department in Main are used to receiving writing advice from her fifth-floor office.

After three decades of training Paideians and writers aplenty, Barry will be retiring at the end of the 2021 spring semester.

While Barry was in Iowa City as an assistant professor of English at the University of Iowa, a colleague and graduate of Luther College told her about a job opening in the Luther College English Department. Barry applied to Luther in September of 1990, and in the spring semester of 1991, she began her career as an English faculty member.

“When I came to Luther College in 1990, I felt confident it would be a good fit,” Barry said. “I’ve had years working at a university, in a university setting, and I felt really strongly that a liberal arts college would be a better fit for me. I’m happy to report that that’s proven really true.”

Barry reflected on her time at Luther, citing a student versus faculty basketball game as one of the highlights of her Luther career. Besides her layup, Barry sees connecting with students as the most important part of her work.

“I’ve met some wonderful people here at Luther College, through students that have made me a better teacher and made teaching thoroughly enjoyable,” Barry said. “Working with people as writers is an intellectually inspiring activity, and when they’re good people who are intellectually curious and want to work on their writing, it’s really been a joy to work with students.”

“She [Barry] was helpful because of her flexibility,” MacDonald said. “I could be honest and open to her about what I was struggling with in and out of class and she would do what she could to help. I enjoyed feeling comfortable and welcome in her class and her enthusiasm to learn and discuss heavy topics.”

Professor of English Martin Klammer attended the University of Iowa to pursue his Ph.D. in 1984, when Barry was in her second year of being an assistant professor. He remembered what it was like to attend teaching workshops led by Barry, one of the youngest professors Klammer had seen.

Klammer owes his coming to Luther to Barry, as well. It was all thanks to a chance meeting in an Iowa City pizza joint. While out for dinner on Thanksgiving in 1990, Klammer ran into Barry who encouraged him to apply for an English faculty position at Luther College. Klammer described who Barry was as a professor.

“When I think of Nancy, not just as English faculty but faculty at large, I think of this absolute integrity and dedication to teaching,” Klammer said. “She has high standards for herself and the institution. She’s always pushing herself to be the best she can be and encouraging us to be the best that we can be. She is really, to me, about excellence; excellence as a teacher, excellence as a colleague.”

Barry has been able to see Luther and Decorah grow into what it is today since arriving in 1990. When she leaves campus in May, Barry will still call Decorah home. She reflected on her experience in Decorah and her love for the town.

“When I came to Luther College, the biggest question mark I had was how it would feel to live in a town of eight thousand people,” Barry said. “And thirty years into it, that has been one of the most joyful surprises, how much I have fallen in love with Decorah. Now, Decorah is a very different town in 2021 than it was in 1990, but it was all for the better; it’s all for the good.”

As she begins to clear out her office and prepare for retirement, Barry feels nothing but gratitude for her time at Luther College.

“I’ve worked with some terrific people, and I’ve taught some terrific students,” Barry said. “To have meaningful work is a great gift in this world; it really is, and I’ve been blessed to have it here at Luther College. And I’ll always be grateful for that.”