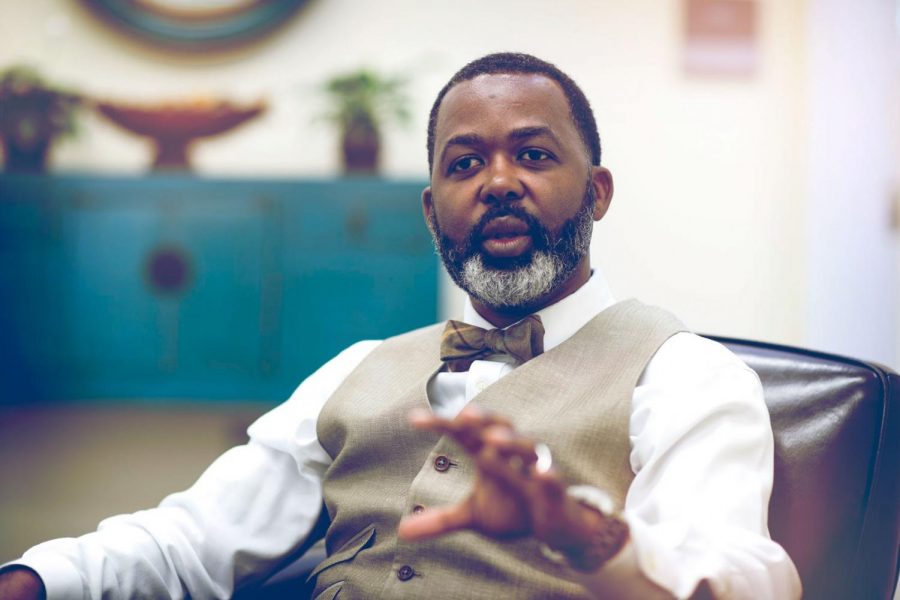 On Monday March 15, Dr. Maurice Wallace of Rutgers University gave the Sihler Endowed Memorial Lecture, which focuses on women and church music, titled “Mother Dear: Alberta King, Martin Luther King, Jr. and the Ebenezer Sound, 1922-1974”. Wallace focused on Alberta King, Martin Luther King Jr.’s mother, and how her teachings influenced King’s advocacy, as well as other mothers of prominent individuals who inspired some of the most influential Black speakers in history.

“Music is just one part of the African American cultural investment in sound,” Wallace said. “When I think of Black soundscapes, I mean not only environments of Black sound production that foreground the expression of a particular artist, musical or oratorical, but I also mean to refer to the dynamics between the performer or the orator and his or her audience. The soundscapes of a church include more than just a singer and preacher, it includes an audience.”

In his seminar, Wallace examined the way King’s musically inclined mother is often described as King’s number one supporter during his upbringing, but played a significantly larger role than history often documents. Alberta King was the principal musician at Ebenezer Baptist Church in Atlanta, GA. In her time there, her music shaped King’s youth and adulthood. With her music, she set the tone for worship and the subsequent soundscape of the church, reinforcing the music of giving and of selflessness. This encouraged King to develop an interest in social justice.

“We often regard Dr. King not unjustifiably as an oratorical genius, and it is often the case that he is celebrated as if he was somehow genetically predisposed to great oratory,” Wallace said. “My argument is that he was as much shaped by the soundscapes of his youth, and his mother’s musicianship was an important part of that soundscape. I want to have us think about how his mother in particular, and in general other Black women, helped to create the soundscapes inside of which King’s voice was developed.”

Wallace was invited to speak at Luther as part of the Sihler Memorial Lecture, which is named in honor of Reverend Ernest W. Sihler (1900-1970), and his wife Mable Wold Sihler (1904-1979). This lecture focuses on Christian women in the church, with an emphasis on music to honor the Sihlers and their deceased daughter’s involvement with religious music.

Professor in Sociology and Chair of the Identity Studies Department Char Kunkel is in charge of inviting a speaker to campus every year for this endowment. This year, she put out a call for suggestions, and Associate Professor of Religion Todd Green sent her Wallace’s name and his published article “Precious Lord: Black Mother-Loss and the Roots of Modern Gospel.” Kunkel decided Wallace’s work was perfect for the lecture series, as it highlighted the intersections of race and gender. Wallace’s work not only discusses a mother’s experience, but also the experiences of the Black community and racism.

“[I hope students] think about the intersections of body, race, and gender in the medium of gospel music,” Kunkel said. “I think it can help us understand the George Floyd murder, and the uproar today. But we can understand this in a new way. I think there are some new insights that we can apply to race, class, and gender relations today.”

Sydney Lear (‘21) watched the lecture over Zoom and was interested in learning about the intersections of race and gender, as well as the Alberta King’s life and influences on Martin Luther King Jr. She was especially interested in what music departments can do in the future to create spaces for Black women and girls whose voices are often placed in the background.

“I really liked what he said about investing in Black women and girls, and creating a space for them to experiment with music, and create art that doesn’t fit into the box that is already formed,” Lear said. “We have this preconception of what is good music, so allowing them space to experiment will be positive.”