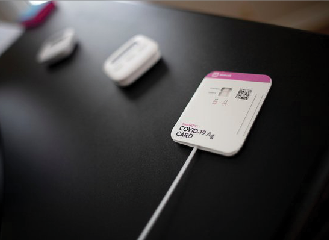 On March 2, 2021, the Expanded Asymptomatic Surveillance Testing (EAST) program increased the amount of tests students may receive to two per month. This increase was made in response to an anticipated increase in demand. There has been an overwhelming amount of positive feedback from participants, and students are encouraged to take advantage of the opportunity and get tested regularly.

Patrick Carew (‘24) was tested through the EAST program two times. His tests were voluntarily, one done before seeing family members, and the other before returning to classes. He explained what his experiences with the EAST program were like.

“Both times were very easy,” Carew said. “The first time, I didn’t quite know what was going on or what I was getting myself into. [The staff] were very helpful, and kind of walked me through step-by-step. Everything was so easy and quick that the second time I just walked in there and I was in and out within maybe four minutes. I think that the way that the asymptotic testing has been shared through social media… about how simple, easy, and painless it is makes for a really welcoming experience.”

The EAST site was busy before Luther’s “Rest Day,” as well as whenever the program is contacted to help athletic teams who need proof of negative results before competing. Assistant Director of Wellness and the manager of Luther’s testing center Vicky Jaeger predicts they will also be busy before Easter break, but said that otherwise, the amount of people has decreased since the site opened. Jaeger expressed concern that the site was not nearly as busy as it could be, and wondered if this was because things are starting to relax due to low numbers of COVID-19 cases.

“I’m not sure if just because our campus numbers are down, [people] are relaxing instead of staying vigilant,” Jaeger said. “I’m hoping that they’re not going to loosen up so much that we see an uptick. I think people have done a very good job of keeping their bubble pretty small, and so they’re confident that if they stay within that bubble of friends, they can physically distance enough. But if they start going out and eating closer with people, or even, heaven forbid, having a party, I think we could see an uptick.”

The program has not been free of controversy. Individuals identified as a close contact of someone who tested positive for COVID-19 have been attempting to be tested through the site, which is prohibited. This is not the purpose of the testing site, and it unnecessarily exposes people who might be carrying the virus to the EAST site workers.

If a person who has been told to self-monitor tests negative with the rapid test, they will still need to quarantine for the required 10-day COVID-19 incubation period. Even if a person tests negative every day that they are in quarantine, they still would not be able to get out early.

While the hope is that the testing center will not be needed next year as access to the COVID-19 vaccine becomes more widely available, the plan is to continue asymptomatic testing until graduation this year. Nurse Lilly Reiser (‘20) is in charge of administering the COVID-19 tests at the EAST site. She elaborated on the feedback that she has gotten from participants, stating that the process was faster and easier for patients than they had originally expected.

“I think people are really surprised it happens in 15 minutes,” Reiser said. “You also get a pass on your phone, if you have the app, so it’s proof that you are negative. And it’s really not hard. You come in, answer some questions, come over to me, and do the swab. People have said it’s not painful, but it does sometimes hit that tickle spot. So your eyes can water, you can have a couple sneezes, but it’s not painful. I’ve done it too, so I’m right there with everybody. The fact that you know in 15 minutes is incredible, and then you have that pass to go to some event or something. I think people are pretty jazzed about that.”

Both Jaeger and Reiser encourage people to utilize the EAST program more, as it helps monitor COVID-19 numbers on campus, and is free of charge.