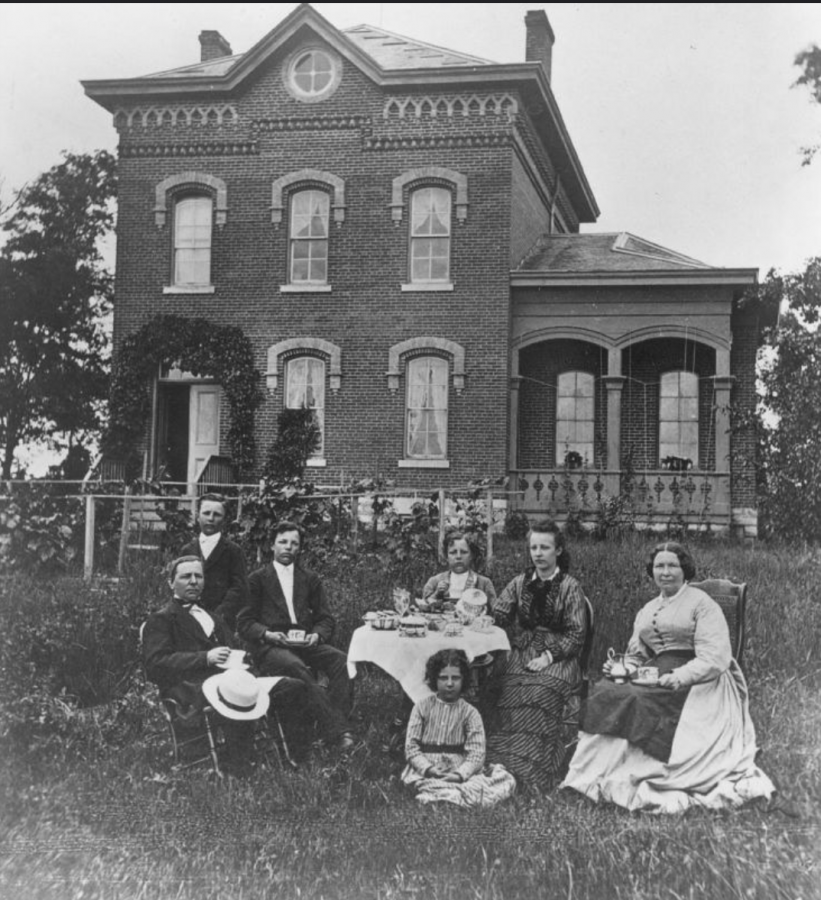 On March 16, 2021, Luther College’s historic upper campus was added to the National Register of Historic Places (NRHP). This designation resulted from three years of work and collaboration between Luther College and the Decorah Historic Preservation Commission (DHPC).

The upper campus includes 32 acres of land, 24 buildings, and nine objects, the objects are constituted of outdoor statues and monuments. Only 17 buildings and four objects were added to the registry as contributing entities. In order to be considered a contributing element, the property nominated must be of exceptional local significance, and must be over 50 years old.For example, this means that Main III, which was built in 1952, was considered a contributing building. Chair of DHPC and Luther College Emeritus Professor of English Mark Muggli was a leader on the project, and explained why the NRHP recognition, specifically of Main, might be surprising to some people.

“There’s this tendency to say, ‘oh I wish we had the first Main building’ or ‘I wish we had the second Main building’ but we should be glad we have Main III,” Muggli said.  “[Built in] 1952, it’s already a pretty old building. It’s quite distinctive, it’s elegant, it echoes those earlier buildings. It has a central tower just like those two buildings did. I do hope that it will increase appreciation for a period of architecture that tends to be under-appreciated by Americans.”

The DHPC partnered with Luther College after successfully registering the Water Street commercial district in downtown Decorah as a part of the NRHP on August 21, 2017. During the research period, they discovered that architect Charles Altfillisch had designed every major building on campus between 1926 and 1966. This was the inspiration to start on the project at Luther. Luther College Emerita Professor of English Diane Scholl, a member of the DHPC, explained how she thinks this designation has impacted the Luther community.

“I think it reinforces a sense of pride in our campus,” Scholl said. “Beyond that, for the community,

Luther] is a source of pride. It testifies of what is now a long tradition, and I think it also suggests that what we have on campus is a treasure that deserves to be taken good care of.”

To be eligible for the NRHP, a building must maintain a majority of its original characteristics. For this reason, Valders Memorial Hall of Science (1960), which maintains many of its original features, was registered as a contributing building.

The Dahl Centennial Union (1961) was extensively remodeled in 2006, and therefore considered to have ‘poor integrity,’ and therefore could not qualify as a contributing building.

Luther archivist Hayley Jackson provided access to all of the files, photos, and materials that volunteering researchers would need to gather this

nomination. She explained how she thinks this designation will impact Luther in the future.

I think [registration on the NRHP] will help us have a greater appreciation for the history we see all the time around us,” Jackson said. “Having a more basic knowledge of what these buildings are, where they came from, what they’ve looked like in the past and how they’ve shifted aids our understanding.”

Many colleges have at least one building with an NRPH designation, but Luther College is one of only three colleges in Iowa that has a registered historic district. This is a testament to the age and history of Luther College.