“Religion in US Diplomacy: From Bush to Biden” 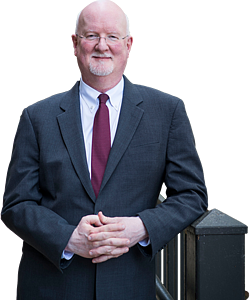 Shaun Casey poses for a headshot.

On April 15, 2021, Shaun Casey, former Advisor to the Secretary of State, spoke to the Luther College community in a virtual lecture titled “Religion in United States Diplomacy: From Bush to Biden.” This event was sponsored by the Center for Ethics and Public Engagement.

As the inaugural leader of the State Department’s Office of Religion and Global Affairs, Casey served under the Obama administration from 2013 to 2017. He currently works as the director of the Berkeley Center for Religion, Peace, and World Affairs at Georgetown University. Casey has also extensively studied the religious actors that impacted diplomatic decisions in the Bush, Obama, and Trump administrations, and predicted some actions of the Biden administration.

Casey’s lecture evaluated how religion impacts decisions that the United States makes abroad.  He gave insight into the strengths and weaknesses of recent U.S. attempts to incorporate religion into foreign affairs and diplomacy. While procedural changes are ongoing, Casey argued that the Commission on Religious Freedom, established to directly confront internal issues of freedom of religion, should be eliminated, and its charge should be transferred to the State Department. Professor of Political Science Michael Engelhardt commented on the lecture, and the impression some of Casey’s reorganizational proposals had on him.

“I was impressed with Dr. Casey’s command of the facts on religion and its role in diplomacy, especially on the organizations involved,” Engelhardt said. “It was interesting that he thought that [the Commission on Religious Freedom] should be abolished and that the State Department be given authority over the issue. I didn’t even know we had a Commission on Religious Freedom.”

“The variety of responses in the American population show various levels of religious literacy and illiteracy,” Casey said. “We saw in the lead up to the war on Iraq, I think, willful ignorance of the religious dynamics in the ground. And if you read through the mass of literature looking back at Iraq, it is very clear the administration, at least at the senior levels, didn’t want details that might have slowed down the rush to war. The big idea was that, by invading Iraq, somehow you could transform the Middle East.”

Casey also described a political disregard for the impact religions and religious figures have on foreign governments, and believes this may be a leading factor in the presence of global conflict today. Casey hopes that disputes will lessen in the near future, citing President Biden’s pledges to combat populism both in the United States and abroad. He believes this will help lessen the idea of ‘favored’ and ‘unfavored’ religions in the political and social world.

Associate Professor of Religion Todd Green was involved in organizing Casey’s event. Green is the interim director for the Center of Ethics and Public Engagement, and has served in the State Department as an advisor on Islamophobia in Europe. Green’s connection to Casey, as well as his own expertise and academic interest in the area of religion and global politics, were what brought Casey to Luther.

“The State Department’s Office of Religion and Global Affairs’ purpose was to advise the Secretary of State on the complexities of religion in global affairs and to help the United States government engage with a broader array of religious actors, and develop a more sophisticated and nuanced understanding of the complex role that religion plays in the world,” Green said. “Shaun Casey oversaw that entire office. He was arguably one of the top-ranking diplomats in the United States for a few years, when it came to the broader topic of religion and global affairs.”

Green remarked that Casey’s lecture was not only informative, but also timely, and looks forward to seeing how the Luther College community will react to and use what they learned from Casey’s lecture.