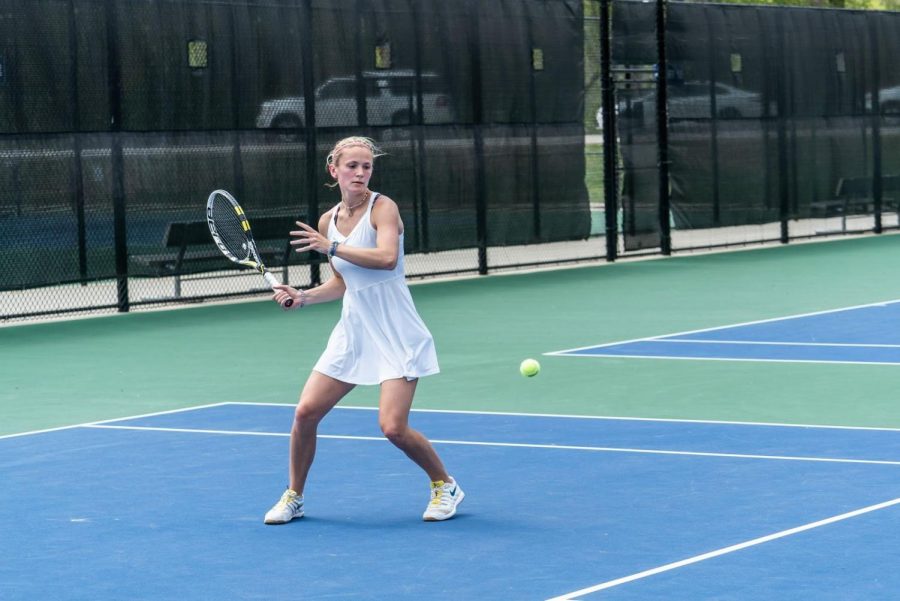 The Luther women’s tennis team earned their spot in the 2021 NCAA Division III Women’s Tennis Championship by winning the American Rivers Conference Automatic Qualifier (AQ) Tournament. The Norse, who defeated Central College 5-0 on Friday, April 30 in the semi-finals and Wartburg College 5-0 on Saturday, May 1, won their second straight AQ title after previously winning in 2019; the 2020 tournament was not held due to the COVID-19 pandemic.

Luther Women’s Tennis Head Coach Adam Strand (‘04) was happy to receive the opportunity to continue the season for a little while longer, and was proud of his team for accomplishing one of their major competitive goals.

“Qualifying for postseason play is awesome since we have such a wonderful group of young women,” Strand said. “Being able to play on the big stage of the NCAA tournament will be a wonderful experience for our players, and we are fortunate to have a few members of our team who have experience from playing in the tournament a couple years ago.”

The championship match against Wartburg was almost identical to Luther’s semi-final against Central. Once again, Luther won all three doubles matches: the No. 1 and No. 2 doubles teams won 8-4 and 8-3, respectively while the team of Spencer and Lexi Hastings (‘23) won at No. 3 doubles 8-1. Continuing the similarities to the semi-final, Dunning won 6-1, 6-1 at No. 5 singles to bring the score to 4-0; Smith clinched moments later with a 6-2, 6-2 win at No. 4 singles.

With the win in the AQ tournament, Luther improved to a perfect 10-0 against conference opponents this season. Luther previously had won the A-R-C regular season championship by going undefeated in the fall, and broke a two-game losing streak in the spring by defeating UW-La Crosse 5-4 in April. Dunning acknowledged that the tougher spring season served as a source of preparation for her and her teammates.

“[In the spring] we played several challenging matches against teams outside our conference,” Dunning said, “These matches definitely put many of us outside our comfort zones and allowed us to grow as players.”

This will be Luther’s 15th appearance in the NCAA tournament. Their last appearance in 2019 saw the Norse fall in the first round to Lake Forest College (IL) in Whitewater, Wisconsin. The Norse will head into the tournament with a record of 12-4 and will serve as a new experience for many of the team’s young players, including Kiley Nolan (‘24), who played No. 6 singles throughout the AQ tournament.

“Making the NCAA tournament is truly an honor and a once in a lifetime achievement for me,” Nolan said, “Our team has worked hard to earn this opportunity and it is definitely well deserved.”

The NCAA Division III Women’s Tennis Championship will begin on May 14, and Luther will find out their first-round opponent on May 10. The pre-selected sites for the competition will be announced in the upcoming week.