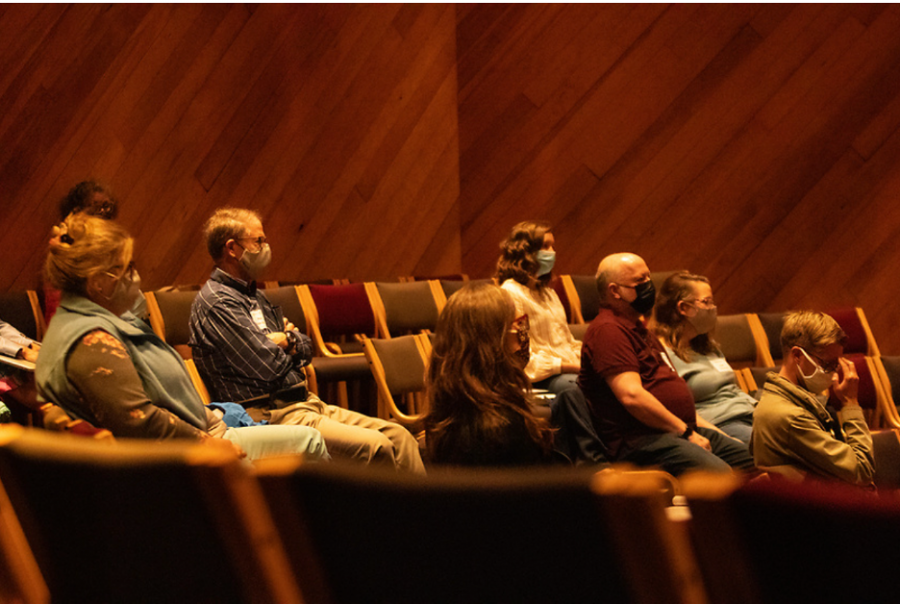 The Paideia Text and Issues Lecture Series are presented in the CFL Recital Hall. Photo courtesy of Photo Bureau

On Tuesday, November 2, members of the Luther community gathered in the CFL Recital Hall to listen to the lecture “Decolonized Approaches to Teaching Religious Studies,” the second lecture in this year’s Paideia Text and Issues Lecture series, entitled “Decolonizing Paideia? Revising the Products and Processes of Education.” The lecture was moderated by Associate Professor of Religion Todd Green, and featured Professors of Religion Robert Shedinger and Wanda Deifelt, along with students Dominique Stringer (‘22) and Nora Nyi Myint (‘22).

The lecture centered around the religion department’s attempts to decolonize their curriculum. “Decolonizing education” refers to the reevaluation of modern education considering the legacy of colonialism. Shedinger believes that the religion department’s efforts to distance itself from Western-centric approach to religious pedagogy has been successful so far, and he views the efforts made as indicative of a wider campus agenda.

“I think of [decolonization] as trying to challenge notions that all the greatest cultural achievements were produced by the West: by Europe and America, and the Western World,” Shedinger said. “It is trying to break down some of that stereotype by engaging with other cultures, other traditions–both historically and in the contemporary world.”

In the lecture, Shedinger highlighted his 200-level course titled “Islam,” which is a non-required course studying Islamic identity in the ancient and contemporary world, exploring the many scientific and historical achievements of the Islamic world. By taking classes like “Islam,” and challenging the Western understanding of Islam, Green said students can be involved in the effort to declonize places of study and create space for Muslim voices to be heard.

“To decolonize the teaching of Islam, we must call attention to the cultural and political context within which we seek to learn about Islam, much of which pertains to political efforts to dominante Muslim-majority regions,” Green said. “We must create space for diverse Muslim voices and experiences in our teaching so that we understand Islam not as it is imagined in the Western colonial mindset, but as it is lived out and practiced by Muslims across the world.”

Myint proposed that students should also be required to take “REL-252: Introduction to Interfaith Studies.” This class is currently offered as an elective, and focuses on how people of different religions interact with one another. The class promotes religious literacy and developing understanding of people with different beliefs. Myint believes making “Introduction to Interfaith Studies” a 100-level class would help decolonize the religion curriculum at Luther even further.

“Decolonizing is understanding marginalized voices and understanding the impacts that colonialism had on them,” Myint said. “By not really giving us a more broad view of our world religions, like interfaith studies does, it is limiting us.”

The next lecture in the series is titled “Decolonizing the Music Theory Classroom,” and will be focused on music studies at Luther with Professor of Music and Composer in Residence Brooke Joyce. The lecture will be on February 15, 2022 at 7:00 p.m. in the CFL Recital Hall.