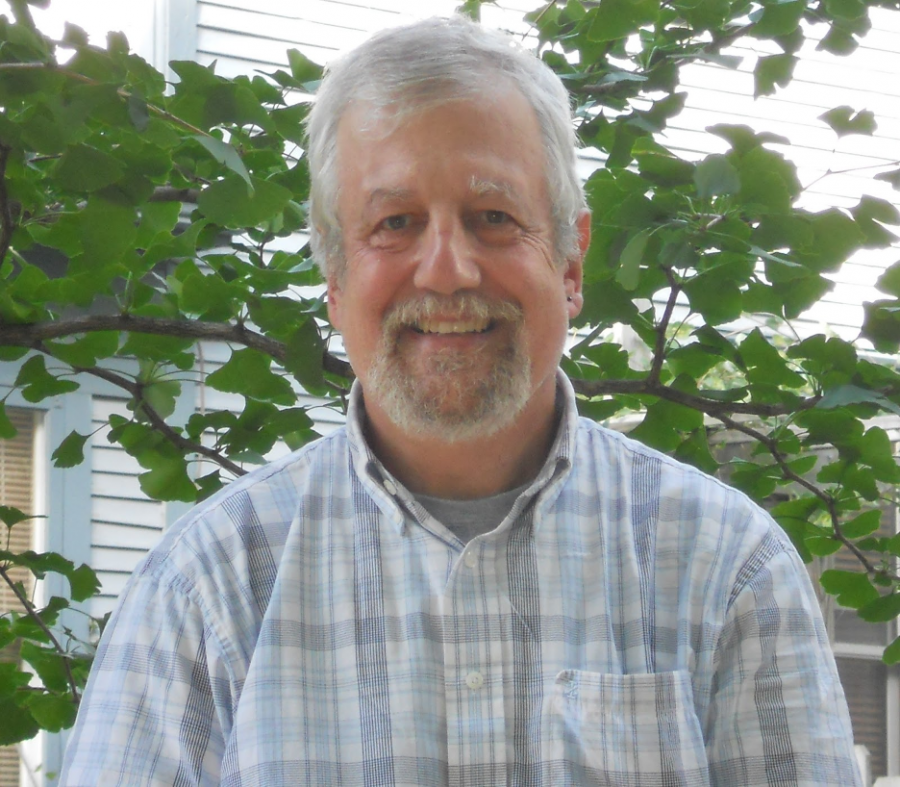 On Thursday November 4, the Luther community gathered in the CFL recital hall for a poetry reading by writer and retired minister Patrick Cabello Hansel. Through his recent works, The Devouring Land and Quitting Time, along with personal stories, Hansel gave the audience a new perspective on the struggles of U.S. immigrants and his father’s life experiences in the mid-20th century.

While the reading was planned by Professor of English Martin Klammer pre-pandemic, audience members got to hear poetry from Hansel only this past week. Despite the event being cancelled in spring of 2020, Klammer felt that this poetry was too important to cancel.

“He is able to capture, in everyday language, very poignant moments of human existence,” Klammer said. “He’s finding importance, meaning, and value in the mundane and everyday features of our lives, and he calls attention to it.”

Audience members got to hear this style of writing described by Klammer as Hansel began reading poems from his two published books of poetry. His most recent book, Quitting Time, focused on the life and experiences of his father through the great depression and World War Two. Hansel used poetry to describe the childhood of a man who grew up as the child of a German speaking immigrant, whose culture he had to nearly ignore in order to assimilate into American society.

Hansel also read a collection from his first book, The Devouring Land. Each poem described the experiences of parish members Hansel knew from his time as a minister in areas of high immigrant populations. Before the readings, Hansel went into some detail on the lives of those he was depicting in each poem.

“Some of the stories come from people I have known, and worked, and lived with,” Hansel said. “The stories of faith, of people who have struggled, are so powerful and so meaningful that just telling the story carries an incredible amount of weight with it.”

These stories came with an important message from Hansel, particularly in the wake of the recent vandalism of the Hostile Terrain exhibit on display in the Union. For readers unaware of the incident, an offensive note was placed on the exhibit, which was originally meant to call attention to and mourn the loss of human life from immigrants crossing the Mexico-Arizona border. Audience members discussed the message of these poems and stories in the face of such an act after the reading.

“I don’t know if it’s going to persuade anyone to think differently about it, but I found them very moving,” Professor Emerita of English Carol Gilbertson said. “He has a beautiful way of capturing the power of their experiences, and of his experience with immigrants, in just a few sharp details.”

While audience members such as Gilbertson found the poetry very interesting and well-written, there was doubt on the effect it could have on those who might vandalise an exhibit in this manner.

“For somebody to put a note like that [on the exhibit], it wouldn’t really matter whether they had a deeper understanding of the experience that immigrants go through because it’s a comment written out of hate and isolation,” Professor Emeritus of English Mark Muggli said. “I don’t think that ten books of poetry or one hundred encyclopedias or novels are going to shift the thinking of somebody who is thinking like that by themselves.”

These two books of poetry are Hansel’s only current published works, but he has a third awaiting publication. Titled Breathing in Minneapolis, it focuses on his time and experiences in Minneapolis after the tragic death of George Floyd. While audience members got to hear a few selections from the upcoming book, interested readers will have to wait until its publication in the near future. Attendees came for a night of poetry, and walked away with conversations about social justice and activism that were sure to last well after the readings ended.