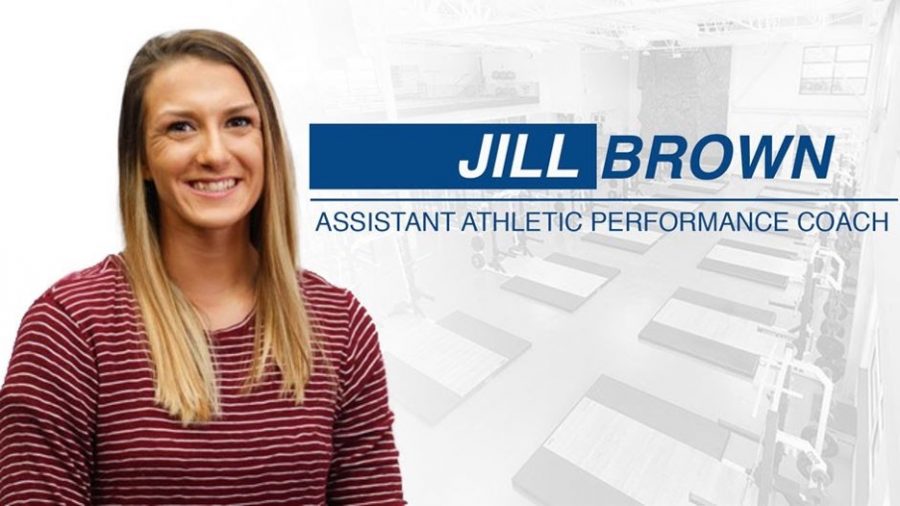 Jill Brown, Luther’s new assistant athletic performance coach and Legends Fitness Center director, began her duties in the athletic department on November 15. Brown comes to the position from William-Jewell College, where she has served as the assistant athletic performance coach since July 2021. She will fill the vacancy left by coach Jacob Leeps (‘19), who stepped back from the position due to personal circumstances.

Brown, in an official statement released by the Luther Athletic Department, shared her eagerness to begin work with Norse athletes when her hiring was announced on November 3.

“I am so excited to join the Luther Athletics family, and I cannot wait to get to Legends Center to start working with the student-athletes,” Brown said. “I loved the atmosphere of Luther and Decorah as soon as I got [here], and I am looking forward to working alongside Coach Clifton and all of the coaches and athletics staff.”

Brown has already started coaching in the Legends Center, and is impressed by what she’s seeing.

“[Luther athletes] seem very detail-oriented, which is awesome to see,” Brown said. “They move really well, they take coaching really well, they seem like they really push themselves to be better. I don’t have much work to do in that aspect. I get to be more hands-on with them, which is super exciting.”

During the past few months, Director of Athletic Performance Miles Clifton has been managing the Legends Center by himself. Clifton said that he’s pleased with how Norse athletic teams have managed themselves in the weight room because of upperclassmen leadership, but expects that the hiring of Brown will allow the Legends center to run more efficiently.

“I know that our student-athletes are going to get more care and attention now that we have [Brown] to coach them up,” Clifton said. “In the first few days here I’ve seen her take initiative with that and get to know [Luther athletes] very quickly, and that’s super important any time you’re in a coaching role; build trust as fast as possible so that the athletes respond well to you. If you’re a coach, you’re in the people business, so being able to develop relationships and build trust with athletes is super important before you can ever really coach them.”

For Brown, building relationships with athletes and other staff members is an essential area of coaching. It is important to her that all Luther athletes feel welcome in any space, especially women.

“We are very excited to welcome Jill to Luther College,” Hartl said, in a statement released by the Luther Athletic Department. “She was highly recommended during the search process, and will do an excellent job providing leadership for the daily work flow of the Legends Center, and working alongside Coach Clifton as they train and condition our student-athletes.”