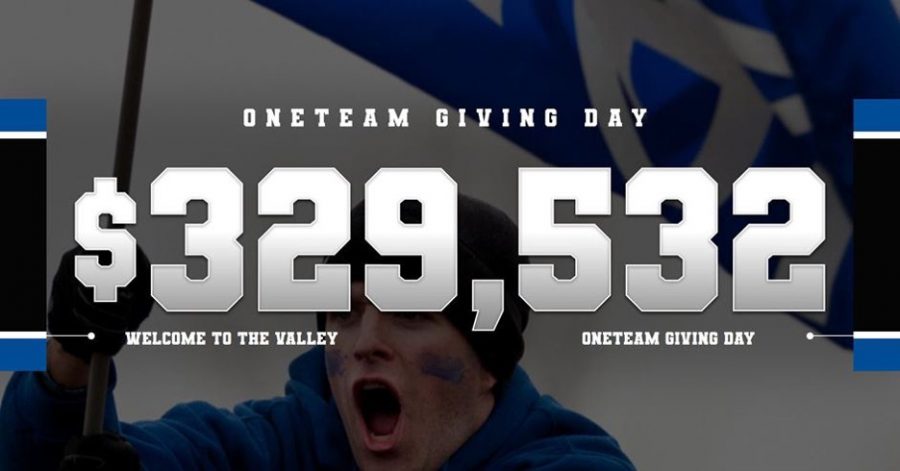 Luther Athletics exceeded their $250,000 donation goal by 31% on the second annual One Team Giving Day, raising a total of $329,532. The total was an increase from last year’s event by almost $25,000. 14 of 16 Luther athletics programs surpassed their donation goal; the wrestling and football programs received the most sport-specific donations with $35,765 and $33,107 respectively. Luther alumni led the way in donations, raising over $110,000, while parents and friends of current and former athletes showed their support to Luther student-athletes as well.

In a statement published by the Luther Athletics Department, Director of Annual Giving Megan Torkelson said that she was grateful for the cumulative support of Luther athletics from alumni, parents, faculty, and more.

“These donations go directly to each program, not only to maintain our tradition of excellence, but to further enhance the student-athlete experience,” Torkelson said in the statement. “The Luther community is truly ‘One Team,’ and it’s so much fun to watch everyone come together to support Norse sports.”

Many Luther student-athletes, coaches, and administrators attributed the success of the One Team Day event to the outreach and personal touch from the athletics staff.  Coaches from every Norse team reached out to alumni for potential support, with the goal of gaining support from the alumni’s family and friends as well.

Coaches also coordinated with their teams to have individual student-athletes film and share their own videos on social media, which allowed each Luther student-athlete to show what donations would mean to them.

Men’s tennis player Aidan Hunter (‘24) used his video to show his appreciation of support for all Luther Athletics programs. Hunter said that a fundraiser like One Team Day can be promoted effectively using social media.

“Getting [information] out to social media instantly is the best way to get people’s attention, [and] if you’re putting a heartfelt message out there it’s going to resonate with people,” Hunter said. “It was important to me to put a little humanity [behind the video] and show that we exist here as student-athletes; it’s not as easy to get people to donate when it’s just a typed message.”

Programs can use funding from One Team Day for equipment and other resources that will help their teams in and out of season. A few of the items that 2020’s One Team Giving Day helped purchase include the new archway to Carlson Stadium and new GPS cardiology trackers to improve the conditioning of the men’s soccer team.

Swimming and Diving Head Coach Aaron Zander (‘10) said that as an alum himself, he understands how important fundraising is because it provides teams the resources they need to be competitive.

“I remember when I was an athlete, and the guys [from] two years before me [were] telling me ‘this is where your tech suits come from,’” Zander said. “I’ve known my whole life the benefit of that philanthropy for our team and our sport, [and] seeing that passed down year after year means a ton.”

While One Team Giving Day primarily serves to support Luther Athletics, the next opportunity to support Luther as a whole will be on March 10, 2022, during the seventh-annual Luther Fund Giving Day. Funds from this event will go towards scholarships and financial aid, music tours, student organizations, campus landscaping, intramural sports, residence hall improvements, and more. Last year, the event raised over $1.1 million dollars.