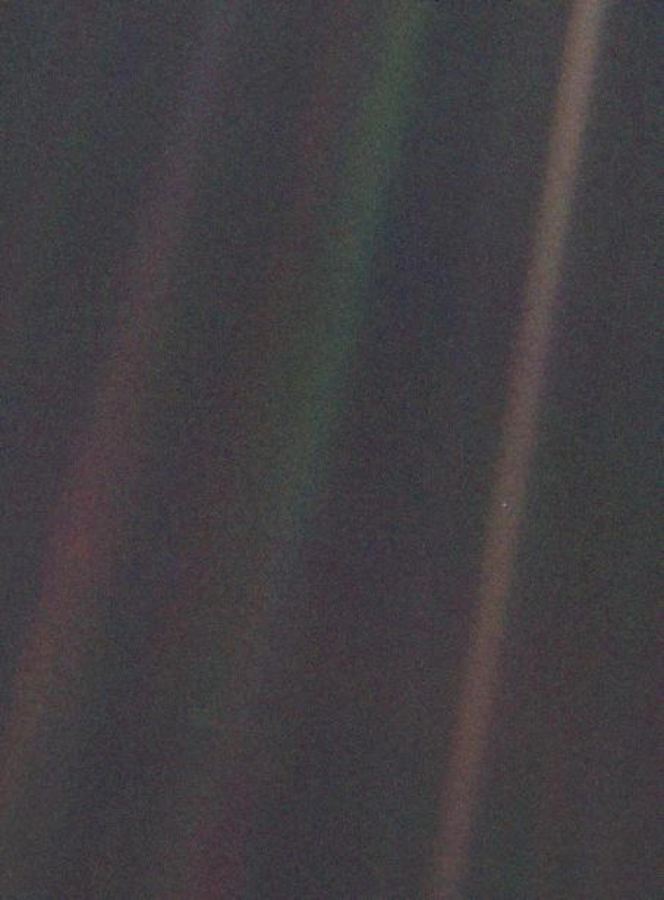 “The Earth is the only world known so far to harbor life. There is nowhere else, at least in the near future, to which our species could migrate. Visit? Yes. Settle? Not yet. Like it or not, for the moment, the Earth is where we make our stand.” – Carl Sagan

Of all the political issues ever to exist, climate action should not be as contentious as it is. We should want to take care of our planet –– the only thing in the entire cosmos we know we can live on.

At the heart of the issue is a simple question: do we want our environment to transform into a barren wasteland, or do we want our future generations to be able to live?

Without any action, crop failure is imminent. Hundreds of millions of people currently living on coastal areas will be displaced by 2100. Billions of people will experience extreme heat waves. Stronger, more energetic storms will cause more deaths and destruction of infrastructure (costing who knows what?). Scientists estimate 6 to 18 percent of all insects, 8 to 16 percent of all plants, and 4 to 8 percent of all vertebrates will lose their habitats. The very habitability of our planet will degrade further and further if nothing is done; if we do not change our relationship with our planet, we are doomed.

But we have a (fleeting) chance to change course. Investing in change is going to cost money, but that doesn’t mean it isn’t worth it. If spending trillions of dollars now to reform our habits means that the human race can continue on, then we should be spending as much as we can to prevent the decline of our biosphere. Also, think of it this way: do you think the entirety of our ancestors and our future generations care that climate action may make it harder/more expensive to order something off of Amazon? Do you think they would care that having a car might become more expensive? Do you think they would care that the oil industry will lose their profitability and have to change business models? No. But they would care that their entire existence –– and all that they have achieved (and might achieve) –– was for nothing.

We’ve had decades to act on this. The deadline is coming nearer and nearer, and our inability to take this seriously is going to prove to be catastrophic. Our future and our past are looking at our actions now in judgment. It’s time that we take this threat seriously and do something about it, instead of sitting idly by as we sabotage our planet and end civilization.

The best thing to do is to become an advocate and stop spreading misinformation. Stop diminishing climate change to a partisan talking point, and instead treat this as the existential issue that it is. It isn’t elitist to want to save our planet. It isn’t communism to say that pollution should be illegal. It isn’t authoritarian to say that the long-term health of our environment is more important than the short-term profits of a few executives, all of whom will never be directly impacted by the worst of the climate crisis. This threat is irrefutable, it is imminent, and it is preventable. Let’s act to save our only home in the entire universe. Let’s act on the climate crisis now.