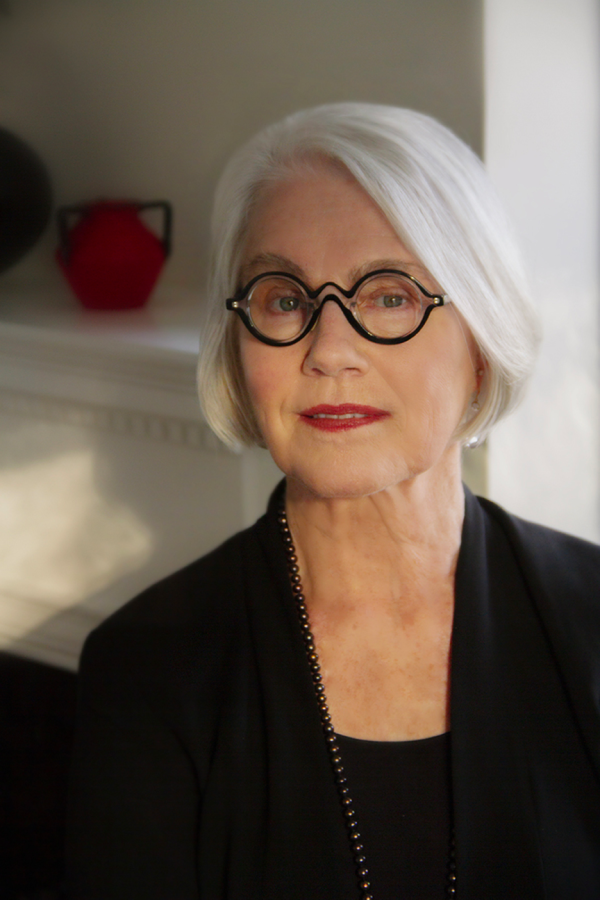 On Wednesday, April 13, Luther College welcomed Phi Beta Kappa Visiting Scholar, Rosemarie Garland-Thomson, to the Jenson-Noble Recital Hall. Considered to be one of the leading academics in the study of disability justice and culture, Garland-Thomson’s lecture, titled: “Building a World that Includes Disability”, focused on the inclusion of persons with disabilities and their narratives in the greater social lexicon and community.

Garland-Thomson’s visit was organized by Luther’s chapter of Phi Beta Kappa, the United States oldest academic honor society, in partnership with the Luther Disability Alliance and the Health Sciences Club. The various groups met with Garland-Thomson prior to her lecture, hosting opportunities for students to have more direct conversations about disability scholarship and equity. The President of Luther’s Phi Beta Kappa chapter, Associate Professor of English Marie Drews (‘02), reflected on the significance of Garland-Thomson’s presence on campus.

“Dr. Garland-Thomson is one of the most important disability studies scholars in the world; her work has really shaped the interdisciplinary field of study, so for her to be able to come to our campus and engage with students was such a delight,” Drews said. “The work that [she] is doing illuminates more robust definitions of disability, which helps us to see disability around us in ways we might not have considered before – to better understand the human condition.”

After a brief introduction by Drews, Garland-Thomson began her lecture by calling attention to her attempts to make the presentation as accessible as possible, using multiple modes of communication, including auditory, textual, and graphical accommodations. Throughout the address, she would pause to describe the images on her slides for those with visual impairments, and would make a point to read all text on screen verbatim. Another means of greater inclusion implemented by Garland-Thomson was an emphasis on the humanity and universality of disability.

“The human variations we think of as disabilities are part of the human condition that occur in every life and every family, and are a theme in all art and culture,” Garland-Thomson said. “Disability is a set of stories we receive, through our acculturation, and that we remake in our lives and in our communities, about human variations that scientific medicine considers to be disability, disease, illness, and what we sometimes call body-mind differences. The lived experiences of disability give people and their communities opportunities for expression, creativity, resourcefulness, relationships, and flourishing.”

Garland-Thomson affirmed that a concept of “disability” has been present throughout all of human history and settlements, with pieces of art, performance, and design being the best attestation to this reality. Beginning with Paradise Lost – a poem directly informed by the blindness of its author John Milton – to the lauded performances of Peter Dinklage, Garland-Thomson highlighted the cultural contributions of people with various disabilities, and how their variances influenced their creativity.

“What really caught my attention was how prolific and prevalent people with disabilities have been in Western society,” virtual attendee Katherine Bellefeuille (‘23) said. “There were just so many examples of really talented people that [Garland-Thomson] talked about, and how their disabilities could have been an avenue for them to explore their creative potential.”

Garland-Thomson also briefly explored the evolution of people with disabilities from the perception of “patient” to “citizen”. Starting in the late 1940’s and continuing through the 1970’s, people with disabilities demanded better recognition and representation as social and political entities, leading them to merge with the intersectional Civil Rights Movement.

“One way to think about the human civil rights movement is that it was [not a] desegregation movement, it was an integration movement,” Garland-Thomson said. “It is what we would now think of as an inclusion movement, or a movement toward diversity, equity and inclusion.”

Pointing to this period as the impetus for future disability justice and equity measures, Garland-Thomson challenged the audience to continue the legacy by promoting disability inclusion efforts in the modern era. Specifically, she encouraged them to seek greater knowledge of disability history and culture, and support diversity in the workplace and community. The use and endorsement of accessibility accommodations is most important to Garland-Thomson.

“Accessible design creates disability inclusion, by doing what I think is the most important thing – it changes who we share our world with,” Garland-Thomson said. “A whole bunch of barriers existed that simply don’t exist anymore, and that has changed who we share our world with, who we go to school with, who we work with, who we have in our families. This transformation of the social order has been brought about by the civil and human rights movements, and specifically the disability rights movement, [has] rebuilt the world in this way.”

The lecture ended with a question and answer segment, during which many Luther and Decorah community members shared their own experiences with disability, and how much they had appreciated the lens Garland-Thomson offered to view it through for a wider audience. Associate Professor of English Lindsey Row-Heyveld shared her personal impression of the event.

“There was so much rich material in Dr. Garland-Thomson’s lecture, but the main things I took away from it was affirmation and joy,” Row-Heyveld said. “Disability is not simply a condition of one’s body, but a way of being in the world, a community and a culture, an important aspect of many people’s identity–including mine. Seeing disability as more than just an individual condition to be cured or problem to be solved is the first step in allowing disabled people full inclusion in our society.”